“ Before I built a wall I'd ask to knowWhat I was walling in or walling out,And to whom I was like to give offence.Something there is that doesn't love a wall,That wants it down. ”
Robert Frost, Mending Wall (1914). copy citation

“He only says, "Good fences make good neighbours."
Spring is the mischief in me, and I wonder If I could put a notion in his head: "Why do they make good neighbours? Isn't it
Where there are cows? But here there are no cows.
Before I built a wall I'd ask to know What I was walling in or walling out, And to whom I was like to give offence. Something there is that doesn't love a wall, That wants it down." I could say "Elves" to him.
But it's not elves exactly, and I'd rather He said it for himself. I see him there
Bringing a stone grasped firmly by the top In each hand, like an old-stone savage armed.” source

“I like talking to a brick wall—it's the only thing in the world that never contradicts me!” Oscar Wilde, Lady Windermere's Fan

“why is it that when one man builds a wall, the next man immediately needs to know what’s on the other side?” George R. R. Martin, A Game of Thrones 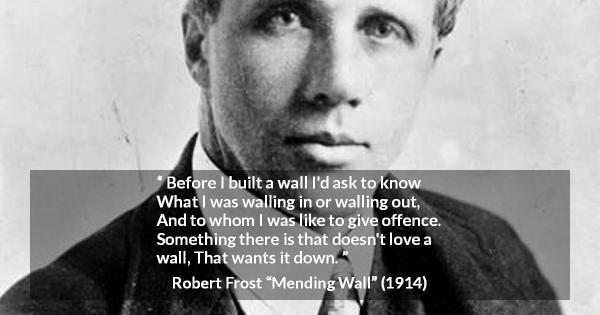 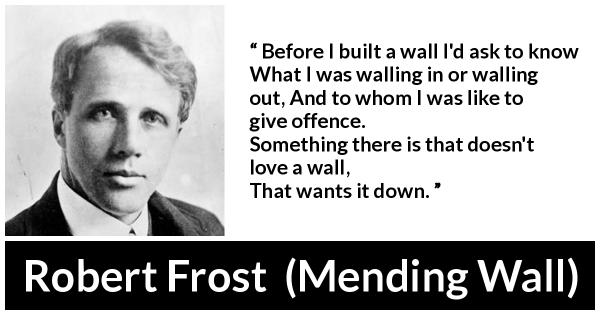 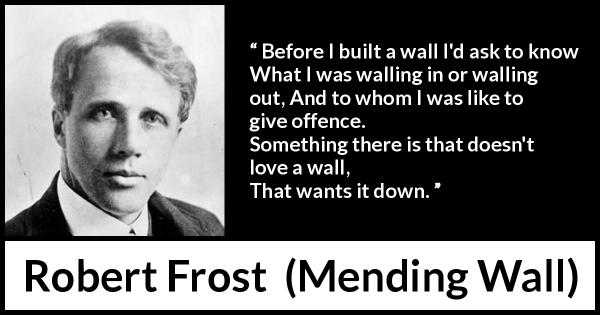 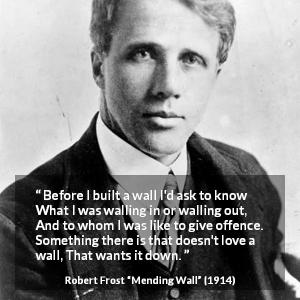 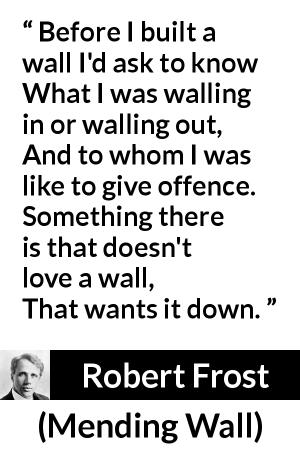 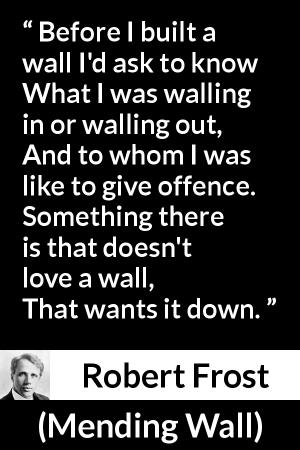