“Of the first, moderate possessions and occupation; of the second, habits of temperance; as to the third, if any desire pleasures which depend on themselves, they will find the satisfaction of their desires nowhere but in philosophy; for all other pleasures we are dependent on others. The fact is that the greatest crimes are caused by excess and not by necessity. Men do not become tyrants in order that they may not suffer cold; and hence great is the honor bestowed, not on him who kills a thief, but on him who kills a tyrant. Thus we see that the institutions of Phaleas avail only against petty crimes.
There is another objection to them. They are chiefly designed to promote the internal welfare of the state. But the legislator should consider also its relation to neighboring nations, and to all who are outside of it.” source

“The tyrant will always find a pretext for his tyranny.” Aesop, Aesop's Fables

“Men reject their prophets and slay them, but they love their martyrs and honor those whom they have slain.” Fyodor Dostoyevsky, The Brothers Karamazov 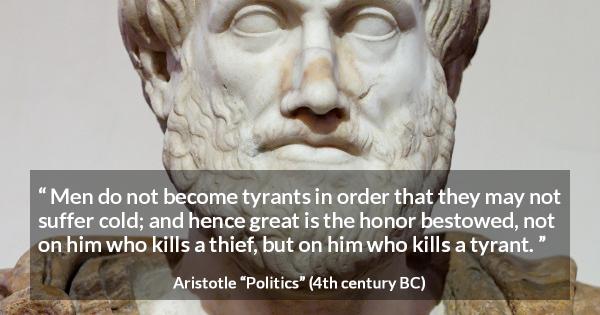 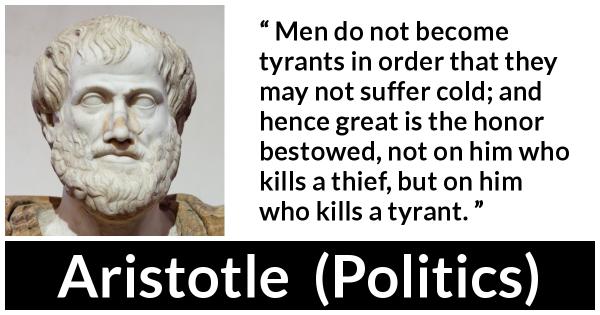 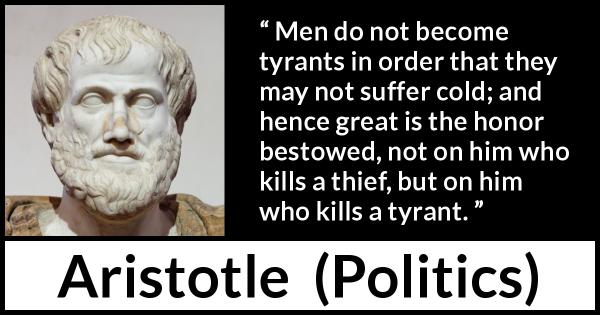 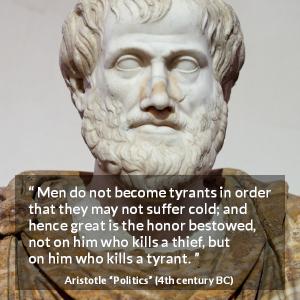 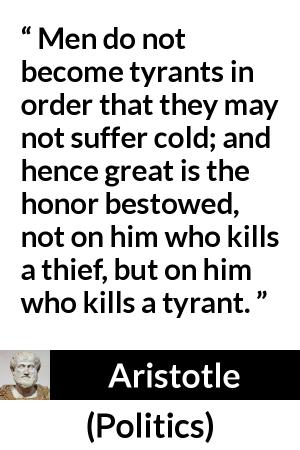 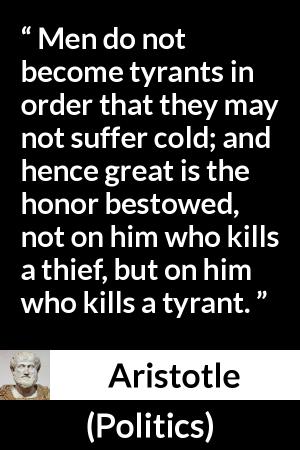