“«Postquam docti prodierunt, boni desunt.» [Seneca, Ep., 95. «Since the 'savans' have made their appearance among us, the good people have become eclipsed.» —Rousseau, Discours sur les Lettres.]
All other knowledge is hurtful to him who has not the science of goodness.
But the reason I glanced upon but now, may it not also hence proceed, that, our studies in France having almost no other aim but profit, except as to those who, by nature born to offices and employments rather of glory than gain, addict themselves to letters, if at all, only for so short a time (being taken from their studies before they can come to have any taste of them, to a profession that has nothing to do with books), there ordinarily remain no others to apply themselves wholly to learning, but people of mean condition, who in that only seek the means to live; and by such people, whose souls are, both by nature and by domestic education and example, of the basest alloy the fruits of knowledge are immaturely gathered and ill digested, and delivered to their recipients quite another thing.” source
Original quote
“Toute autre science est dommageable à celui qui n'a la science de la bonté.” Michel de Montaigne, Essais

“His ignorance was as remarkable as his knowledge. Of contemporary literature, philosophy and politics he appeared to know next to nothing.” Arthur Conan Doyle, A Study in Scarlet

“It was necessary for man's salvation that there should be a knowledge revealed by God besides philosophical science built up by human reason.” Thomas Aquinas, Summa Theologica

“Beware of the man who works hard to learn something, learns it, and finds himself no wiser than before . . . He is full of murderous resentment of people who are ignorant without having come by their ignorance the hard way.” Kurt Vonnegut, Cat's Cradle 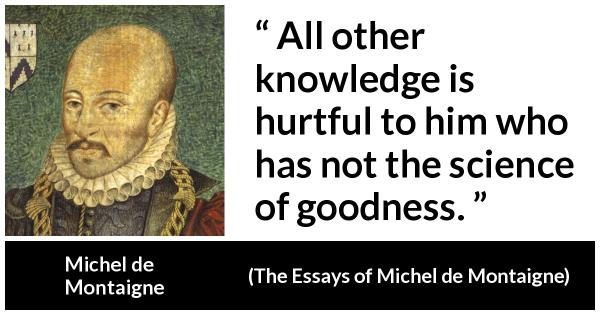 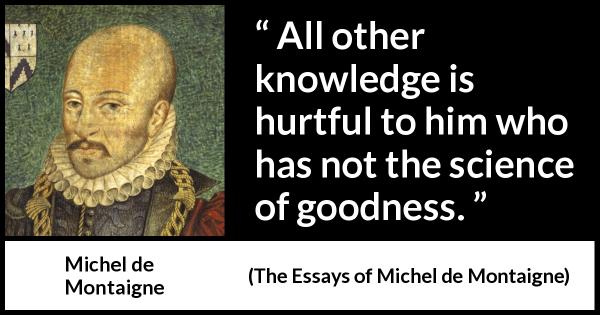 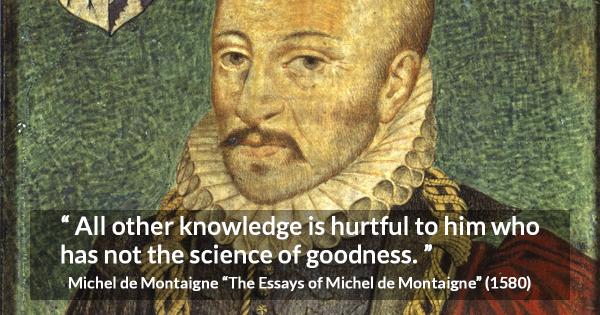 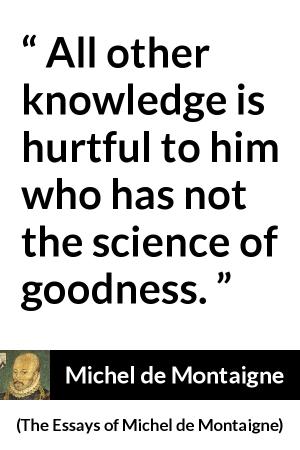 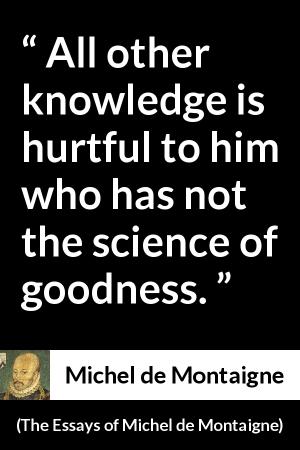 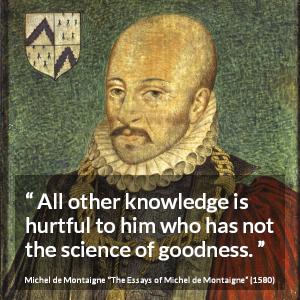