“ His ignorance was as remarkable as his knowledge. Of contemporary literature, philosophy and politics he appeared to know next to nothing. ”
Arthur Conan Doyle, A Study in Scarlet (1887). copy citation

“Surely no man would work so hard or attain such precise information unless he had some definite end in view. Desultory readers are seldom remarkable for the exactness of their learning. No man burdens his mind with small matters unless he has some very good reason for doing so.
His ignorance was as remarkable as his knowledge. Of contemporary literature, philosophy and politics he appeared to know next to nothing. Upon my quoting Thomas Carlyle, he inquired in the naivest way who he might be and what he had done. My surprise reached a climax, however, when I found incidentally that he was ignorant of the Copernican Theory and of the composition of the Solar System.” source

“His priority did not seem to be to teach them what he knew, but rather to impress upon them that nothing, not even centaurs’ knowledge, was foolproof.” J. K. Rowling, Harry Potter and the Order of the Phoenix 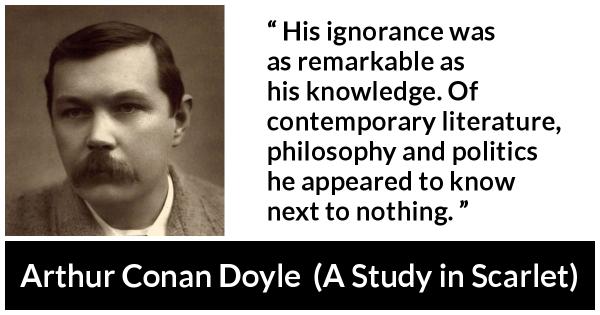 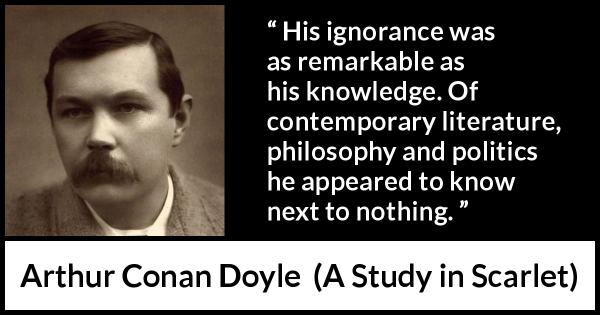 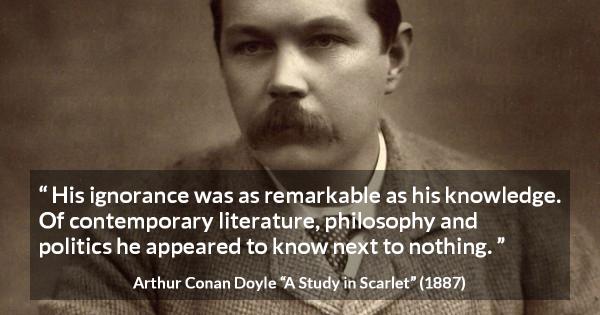 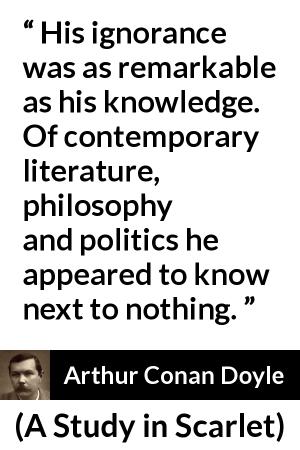 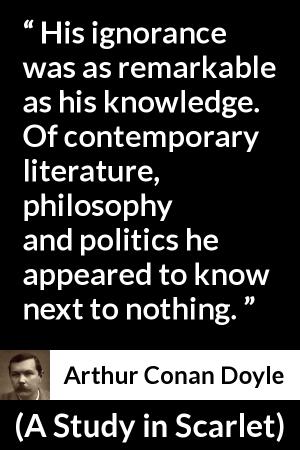 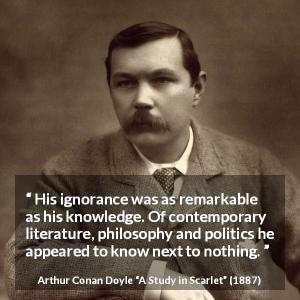