“ RELIGION, n. A daughter of Hope and Fear, explaining to Ignorance the nature of the Unknowable. ”
Ambrose Bierce, The Devil's Dictionary (1911). copy citation

“Distinguishing insignia, jewels and costume of such ancient and honorable orders as Knights of Adam; Visionaries of Detectable Bosh; the Ancient Order of Modern Troglodytes; the League of Holy Humbug; the Golden Phalanx of Phalangers; the Genteel Society of Expurgated Hoodlums; the Mystic Alliances of Gorgeous Regalians; Knights and Ladies of the Yellow Dog; the Oriental Order of Sons of the West; the Blatherhood of Insufferable Stuff; Warriors of the Long Bow; Guardians of the Great Horn Spoon; the Band of Brutes; the Impenitent Order of Wife-Beaters; the Sublime Legion of Flamboyant Conspicuants; Worshipers at the Electroplated Shrine; Shining Inaccessibles; Fee-Faw-Fummers of the Inimitable Grip; Jannissaries of the Broad-Blown Peacock; Plumed Increscencies of the Magic Temple; the Grand Cabal of Able-Bodied Sedentarians; Associated Deities of the Butter Trade; the Garden of Galoots; the Affectionate Fraternity of Men Similarly Warted; the Flashing Astonishers; Ladies of Horror; Cooperative Association for Breaking into the Spotlight; Dukes of Eden; Disciples Militant of the Hidden Faith; Knights-Champions of the Domestic Dog; the Holy Gregarians; the Resolute Optimists; the Ancient Sodality of Inhospitable Hogs; Associated Sovereigns of Mendacity; Dukes-Guardian of the Mystic Cess-Pool; the Society for Prevention of Prevalence; Kings of Drink; Polite Federation of Gents-Consequential; the Mysterious Order of the Undecipherable Scroll; Uniformed Rank of Lousy Cats; Monarchs of Worth and Hunger; Sons of the South Star; Prelates of the Tub-and-Sword.
RELIGION, n. A daughter of Hope and Fear, explaining to Ignorance the nature of the Unknowable.
"What is your religion my son?" inquired the Archbishop of Rheims. "Pardon, monseigneur," replied Rochebriant; "I am ashamed of it." "Then why do you not become an atheist?" "Impossible! I should be ashamed of atheism."” source

“People who know little are usually great talkers, while men who know much say little.” Jean-Jacques Rousseau, Emile, or On Education

“Ignorance is the parent of fear” Herman Melville, Moby-Dick

“FAITH, n. Belief without evidence in what is told by one who speaks without knowledge, of things without parallel.” Ambrose Bierce, The Devil's Dictionary

“She said that I must always be intolerant of ignorance but understanding of a lack of knowledge.” Maya Angelou, I Know Why the Caged Bird Sings

“Laughter is poison to fear.” George R. R. Martin, A Game of Thrones

“Hope and fear are both phantoms that arise from thinking of the self. When we don't see the self as self, what do we have to fear?” Lao Tzu, Tao Te Ching

“And, in fine, of false sciences I thought I knew the worth sufficiently to escape being deceived by the professions of an alchemist, the predictions of an astrologer, the impostures of a magician, or by the artifices and boasting of any of those...” René Descartes, Discourse on the Method 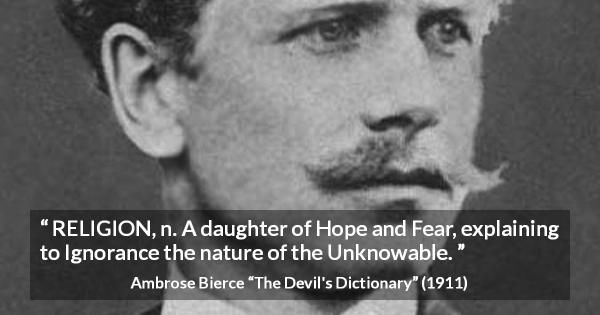 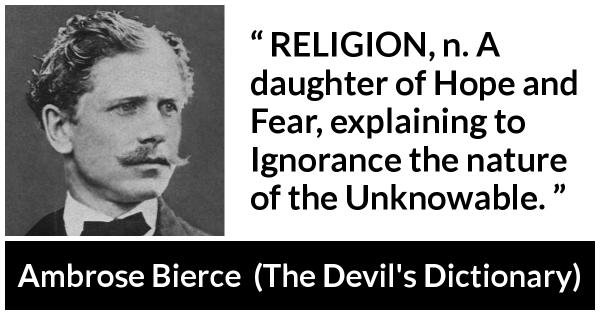 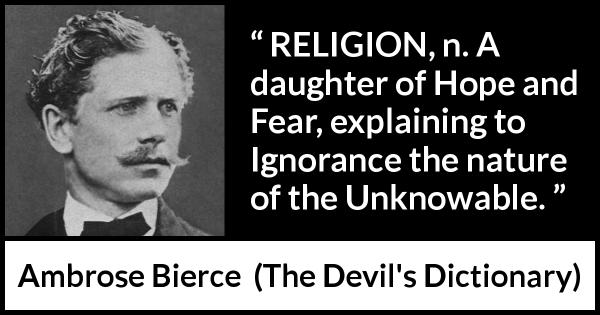 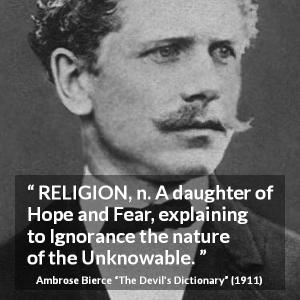 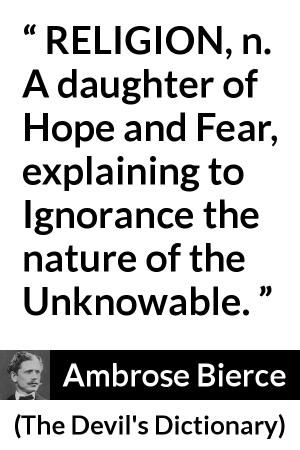 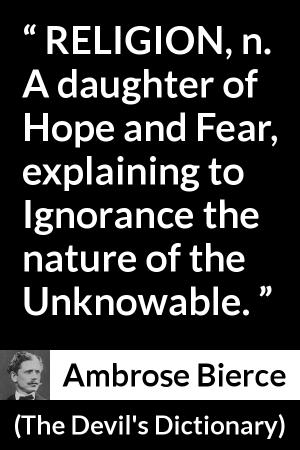