“ HAPPINESS, n. An agreeable sensation arising from contemplating the misery of another. ”
Ambrose Bierce, The Devil's Dictionary (1911). copy citation

“In some of the American States his functions are now performed by an electrician, as in New Jersey, where executions by electricity have recently been ordered—the first instance known to this lexicographer of anybody questioning the expediency of hanging Jerseymen.
HAPPINESS, n. An agreeable sensation arising from contemplating the misery of another.
HARANGUE, n. A speech by an opponent, who is known as an harangue-outang.
HARBOR, n. A place where ships taking shelter from stores are exposed to the fury of the customs.
HARMONISTS, n. A sect of Protestants, now extinct, who came from Europe in the beginning of the last century and were distinguished for the bitterness of their internal controversies and dissensions.” source

“Some day you will find out that there is far more happiness in another's happiness than in your own.” Honoré de Balzac, Father Goriot

“The world of the happy is quite another than that of the unhappy.” Ludwig Wittgenstein, Tractatus Logico-Philosophicus

“there is no happiness like that of being loved by your fellow-creatures, and feeling that your presence is an addition to their comfort.” Charlotte Brontë, Jane Eyre

“He did not care if she was heartless, vicious and vulgar, stupid and grasping, he loved her. He would rather have misery with the one than happiness with the other.” W. Somerset Maugham, Of Human Bondage

“As men are not able to fight against death, misery, ignorance, they have taken it into their heads, in order to be happy, not to think of them at all.” Blaise Pascal, Pensées 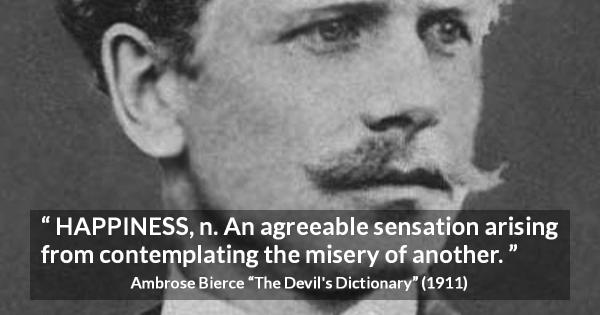 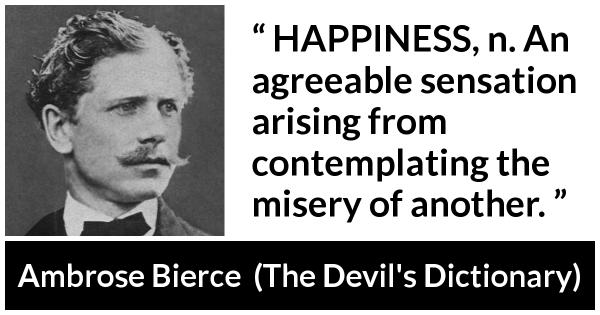 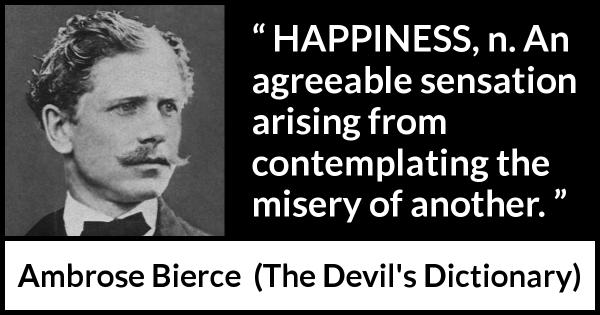 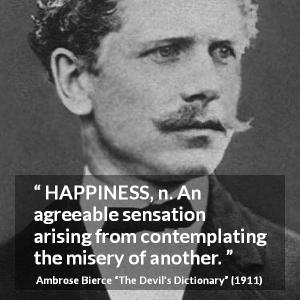 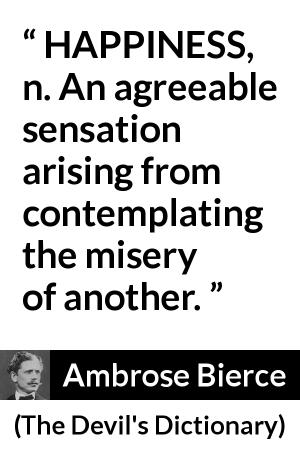 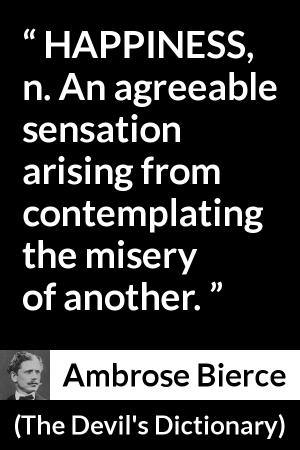