“ there is no happiness like that of being loved by your fellow-creatures, and feeling that your presence is an addition to their comfort. ”
Charlotte Brontë, Jane Eyre (16 October 1847). copy citation

“I walked on so fast that even he could hardly have overtaken me had he tried. Little Adèle was half wild with delight when she saw me. Mrs. Fairfax received me with her usual plain friendliness. Leah smiled, and even Sophie bid me «bon soir» with glee. This was very pleasant; there is no happiness like that of being loved by your fellow-creatures, and feeling that your presence is an addition to their comfort.
I that evening shut my eyes resolutely against the future: I stopped my ears against the voice that kept warning me of near separation and coming grief. When tea was over and Mrs. Fairfax had taken her knitting, and I had assumed a low seat near her, and Adèle, kneeling on the carpet, had nestled close up to me, and a sense of mutual affection seemed to surround us with a ring of golden peace, I uttered a silent prayer that we might not be parted far or soon; but when, as we thus sat, Mr. Rochester entered, unannounced, and looking at us, seemed to take pleasure in the spectacle of a group so amicable—when he said he supposed the old lady was all right now that she had got her adopted daughter back again, and added that he saw Adèle was «prête à croquer sa petite maman Anglaise»—I half ventured to hope that he would, even after his marriage, keep us together somewhere under the shelter of his protection, and not quite exiled from the sunshine of his presence.” source

“The happiness you feel is in direct proportion to the love you are able to give.” Oprah Winfrey, What I Know For Sure

“to be without some of the things you want is an indispensable part of happiness.” Bertrand Russell, The Conquest of Happiness

“HAPPINESS, n. An agreeable sensation arising from contemplating the misery of another.” Ambrose Bierce, The Devil's Dictionary

“You can be lonely even when you're loved by many people, since you're still not anybody's 'one and only'.” Anne Frank, The Diary of a Young Girl

“With freedom, flowers, books, and the moon, who could not be perfectly happy?” Oscar Wilde, De Profundis 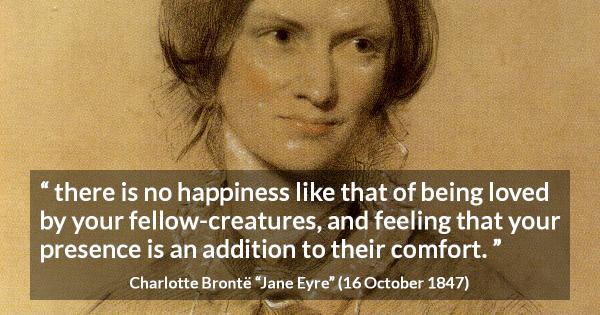 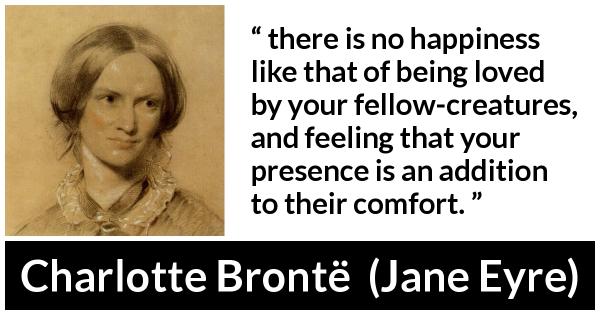 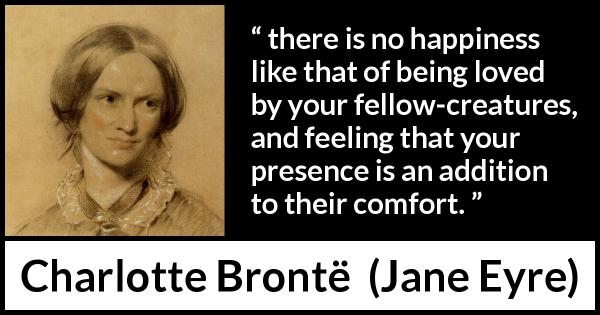 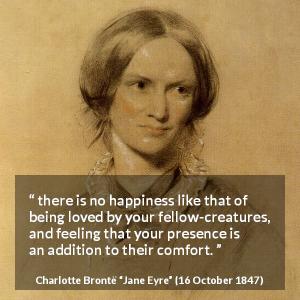 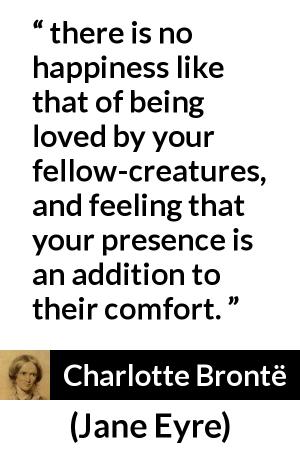 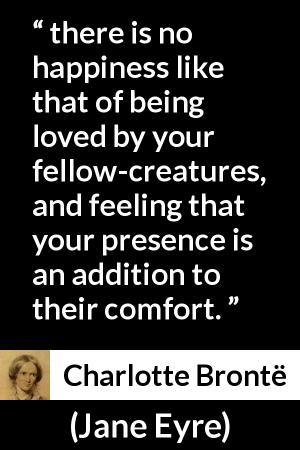