“ FAITH, n. Belief without evidence in what is told by one who speaks without knowledge, of things without parallel. ”
Ambrose Bierce, The Devil's Dictionary (1911). copy citation

“He does not say if any of the wounded recovered. In the time of Henry III, of England, a law was made which prescribed the death penalty for "Kyllynge, wowndynge, or mamynge" a fairy, and it was universally respected.
FAITH, n. Belief without evidence in what is told by one who speaks without knowledge, of things without parallel.
FAMOUS, adj. Conspicuously miserable.
Done to a turn on the iron, behold Him who to be famous aspired. Content? Well, his grill has a plating of gold, And his twistings are greatly admired.
” source 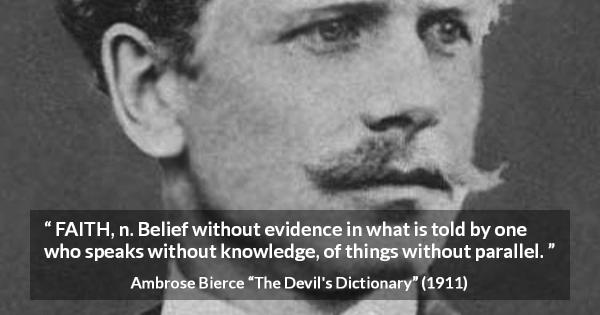 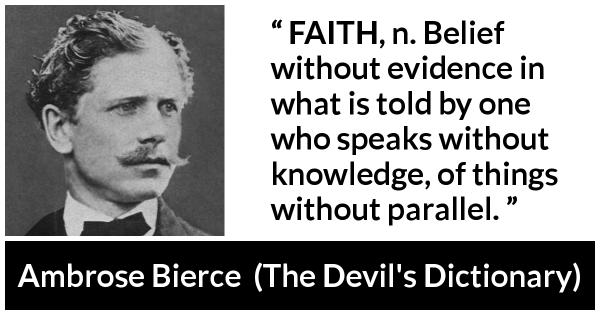 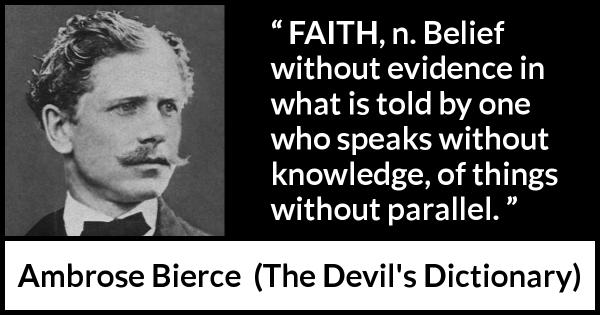 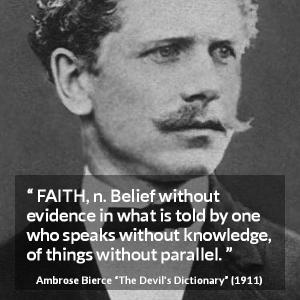 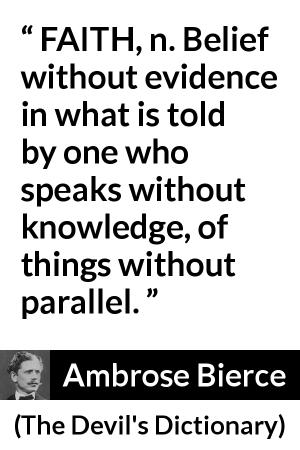 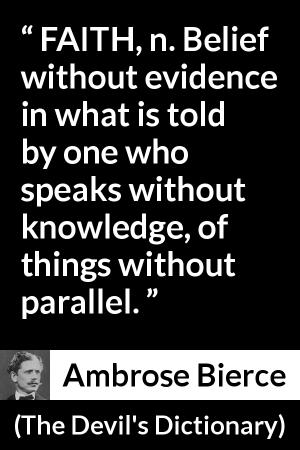