“ CYNIC, n. A blackguard whose faulty vision sees things as they are, not as they ought to be. ”
Ambrose Bierce, The Devil's Dictionary (1911). copy citation

“This is an operation which in literature, particularly in the drama, is commonly fatal to the victim. Nevertheless, the liability to a cursing is a risk that cuts but a small figure in fixing the rates of life insurance.
CYNIC, n. A blackguard whose faulty vision sees things as they are, not as they ought to be. Hence the custom among the Scythians of plucking out a cynic's eyes to improve his vision.
D DAMN, v. A word formerly much used by the Paphlagonians, the meaning of which is lost. By the learned Dr. Dolabelly Gak it is believed to have been a term of satisfaction, implying the highest possible degree of mental tranquillity.” source 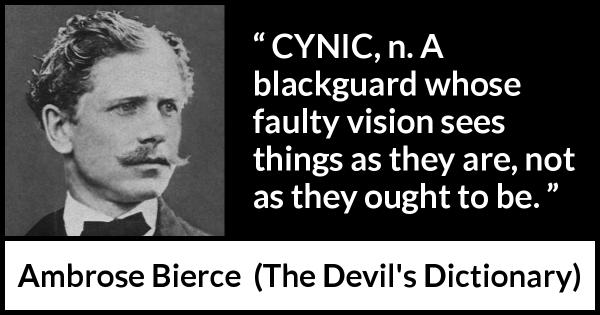 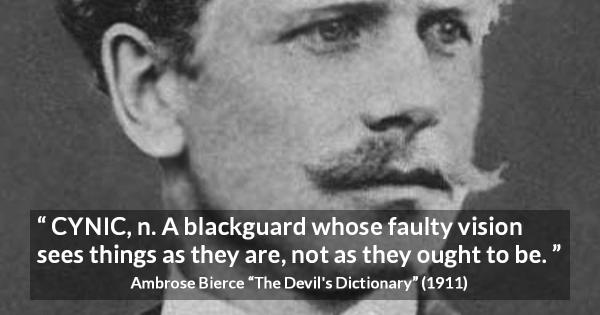 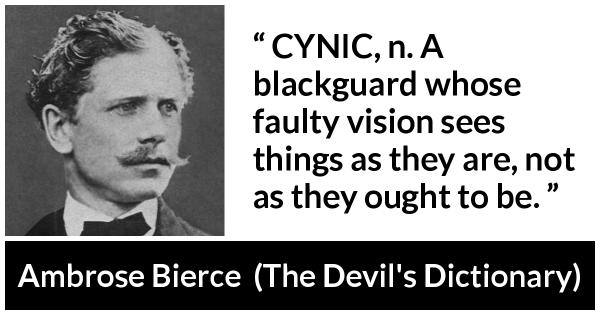 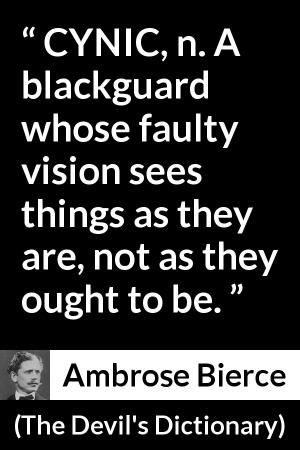 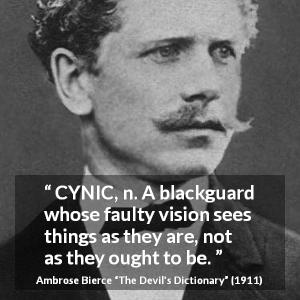 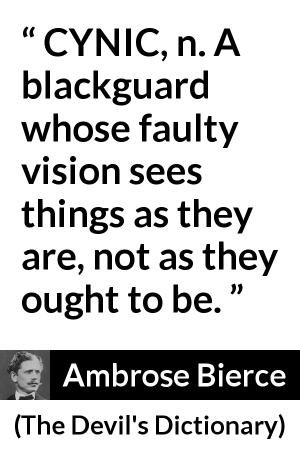