“ Faith is believing what you know ain't so. ”
Mark Twain, Following the Equator (1897). copy citation

“Americans are not Englishmen, and American humor is not English humor; but both the American and his humor had their origin in England, and have merely undergone changes brought about by changed conditions and a new environment. About the best humorous speeches I have yet heard were a couple that were made in Australia at club suppers—one of them by an Englishman, the other by an Australian.
CHAPTER XII.
There are those who scoff at the schoolboy, calling him frivolous and shallow: Yet it was the schoolboy who said «Faith is believing what you know ain't so.»
—Pudd'nhead Wilson's New Calendar.
In Sydney I had a large dream, and in the course of talk I told it to a missionary from India who was on his way to visit some relatives in New Zealand. I dreamed that the visible universe is the physical person of God; that the vast worlds that we see twinkling millions of miles apart in the fields of space are the blood corpuscles in His veins; and that we and the other creatures are the microbes that charge with multitudinous life the corpuscles.” source

“Faith creates nothing; it simply reckons upon that which is already there.” A. W. Tozer, The Pursuit of God

“Now Faith, in the sense in which I am here using the word, is the art of holding on to things your reason has once accepted, in spite of your changing moods.” C. S. Lewis, Mere Christianity

“No great artist ever sees things as they really are. If he did, he would cease to be an artist.” Oscar Wilde, Intentions

“I fear your faith has been misplaced—but then, faith usually is.” John Green, The Fault in Our Stars

“Don't think. Believe. Trust your heart, not your brain.” Ayn Rand, The Fountainhead

“For me, it is far better to grasp the Universe as it really is than to persist in delusion, however satisfying and reassuring.” Carl Sagan, The Demon-Haunted World 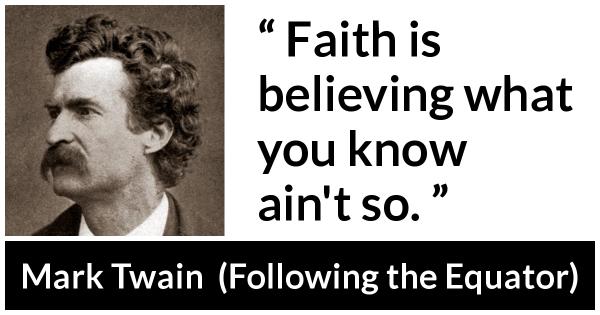 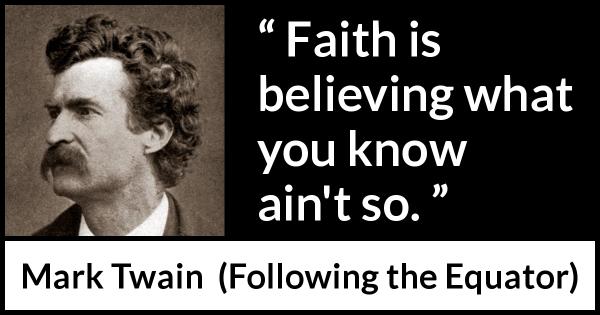 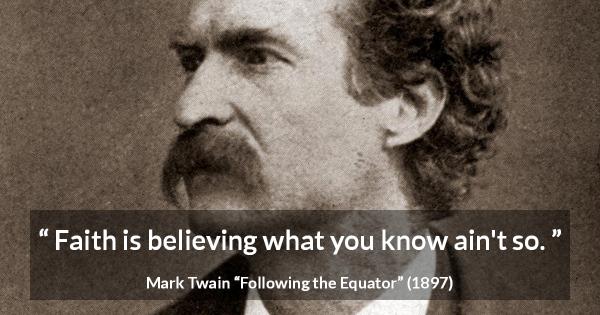 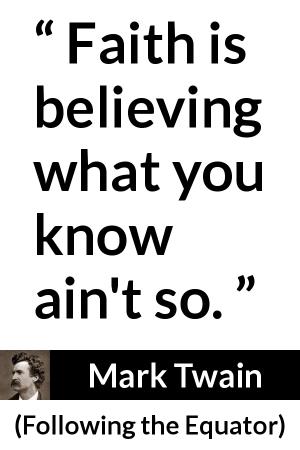 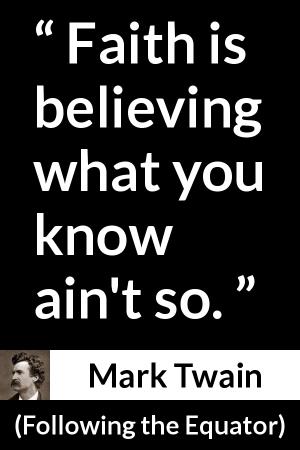 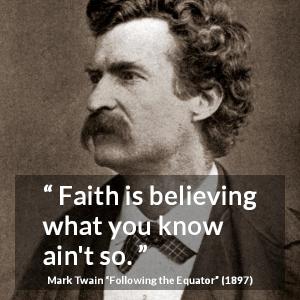