“ Reading, solitude, idleness, a soft and sedentary life, intercourse with women and young people, these are perilous paths for a young man, and these lead him constantly into danger. ”
Jean-Jacques Rousseau, Emile, or On Education (1762). copy citation

“As a somnambulist, wandering in his sleep, walks along the edge of a precipice, over which he would fall if he were awake, so my Emile, in the sleep of ignorance, escapes the perils which he does not see; were I to wake him with a start, he might fall. Let us first try to withdraw him from the edge of the precipice, and then we will awake him to show him it from a distance.
Reading, solitude, idleness, a soft and sedentary life, intercourse with women and young people, these are perilous paths for a young man, and these lead him constantly into danger. I divert his senses by other objects of sense; I trace another course for his spirits by which I distract them from the course they would have taken; it is by bodily exercise and hard work that I check the activity of the imagination, which was leading him astray.” source
Original quote
“La lecture, la solitude, l'oisiveté, la vie molle et sédentaire, le commerce des femmes et des jeunes gens : voilà les sentiers dangereux à frayer à son âge, et qui le tiennent sans cesse à côté du péril.” Jean-Jacques Rousseau, Émile, ou De l’éducation

“The life of a solitary man will be certainly miserable, but not certainly devout.” Samuel Johnson, The History of Rasselas, Prince of Abissinia

“your solitude will be a support and a home for you, even in the midst of very unfamiliar circumstances, and from it you will find all your paths.” Rainer Maria Rilke, Letters to a Young Poet

“Marriage is a young man's disaster and an old man's comfort.” Robert A. Heinlein, Starship Troopers 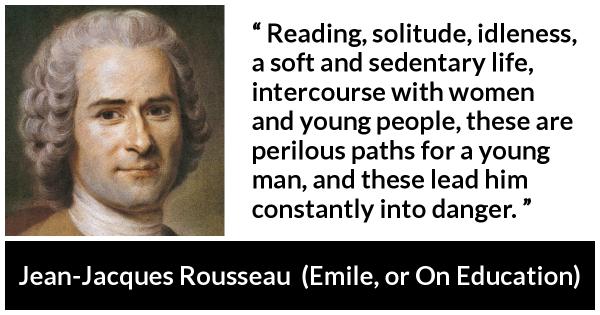 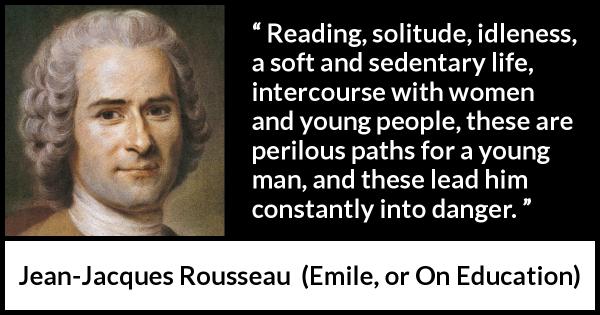 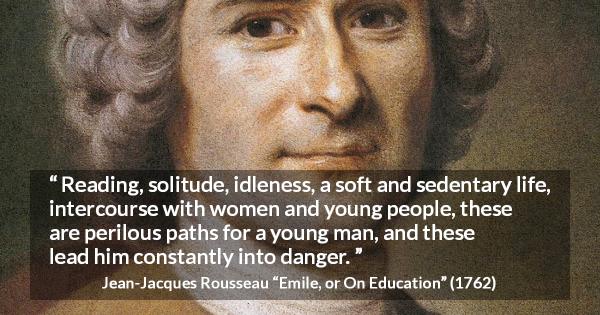 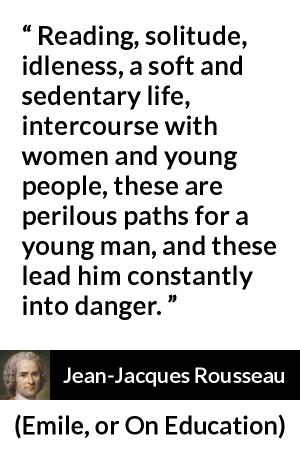 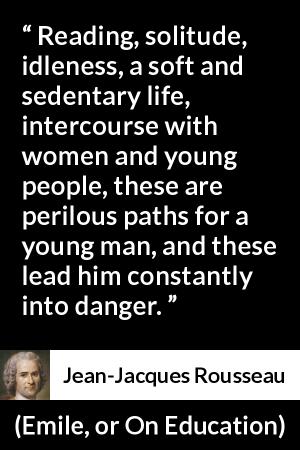 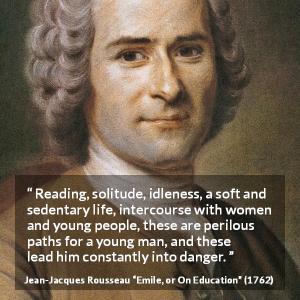