“ He thought that he was sick in his heart if you could be sick in that place. ”
James Joyce, A Portrait of the Artist as a Young Man (1916). copy citation

“Have you a pain or what's up with you?
—I don't know, Stephen said.
—Sick in your breadbasket, Fleming said, because your face looks white. It will go away.
—O yes, Stephen said.
But he was not sick there. He thought that he was sick in his heart if you could be sick in that place. Fleming was very decent to ask him. He wanted to cry. He leaned his elbows on the table and shut and opened the flaps of his ears. Then he heard the noise of the refectory every time he opened the flaps of his ears.” source

“Then she thought that life might still be happy, and how miserably she loved and hated him, and how fearfully her heart was beating.” Leo Tolstoy, Anna Karenina

“He was healthier than the rest of us, but when you listened with the stethoscope you could hear the tears bubbling inside his heart.” Gabriel García Márquez, Chronicle of a Death Foretold 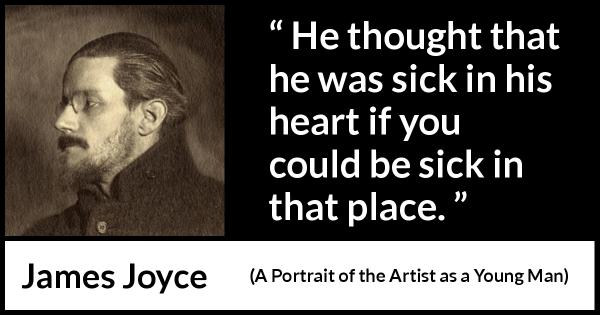 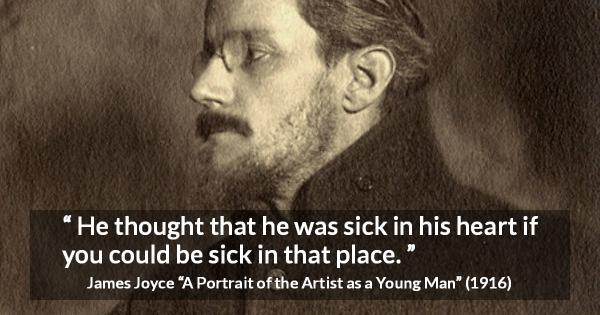 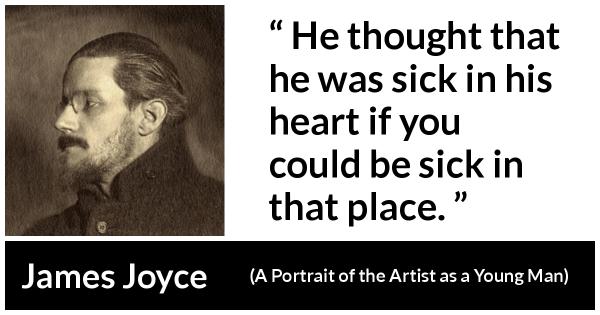 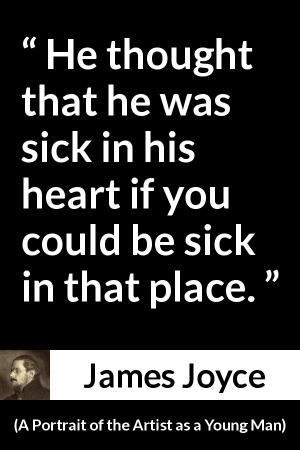 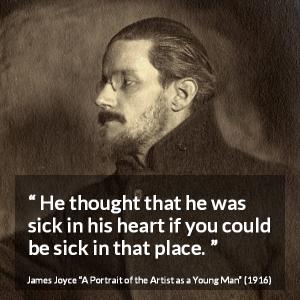 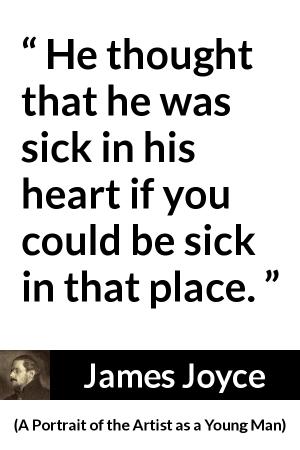