“ Tom Sawyer the Pirate looked around upon the envying juveniles about him and confessed in his heart that this was the proudest moment of his life. ”
Mark Twain, The Adventures of Tom Sawyer (1876). copy citation

“And the loving attentions Aunt Polly lavished upon him were the one thing capable of making him more uncomfortable than he was before.
Suddenly the minister shouted at the top of his voice: «Praise God from whom all blessings flow—sing!—and put your hearts in it!»
And they did. Old Hundred swelled up with a triumphant burst, and while it shook the rafters Tom Sawyer the Pirate looked around upon the envying juveniles about him and confessed in his heart that this was the proudest moment of his life.
As the «sold» congregation trooped out they said they would almost be willing to be made ridiculous again to hear Old Hundred sung like that once more.
Tom got more cuffs and kisses that day—according to Aunt Polly's varying moods—than he had earned before in a year; and he hardly knew which expressed the most gratefulness to God and affection for himself.” source

“He was too simple to wonder when he had attained humility. But he knew he had attained it and he knew it was not disgraceful and it carried no loss of true pride.” Ernest Hemingway, The Old Man and the Sea

“He was so happy that this grieved him more than it would have done at any other time.” Boris Vian, Froth on the Daydream 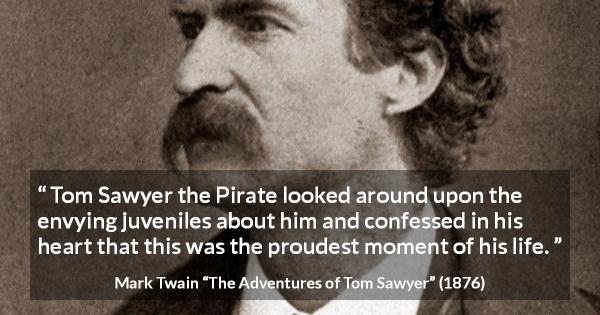 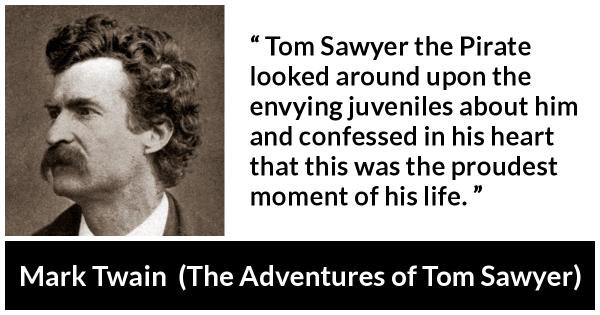 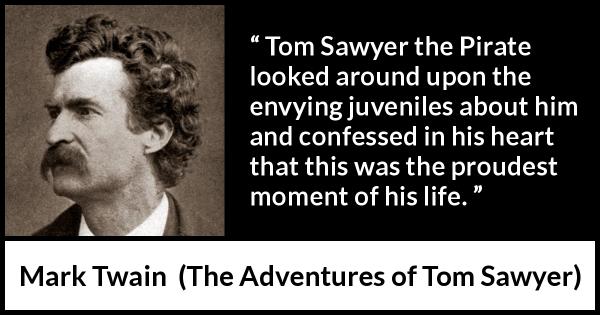 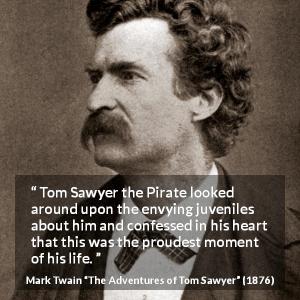 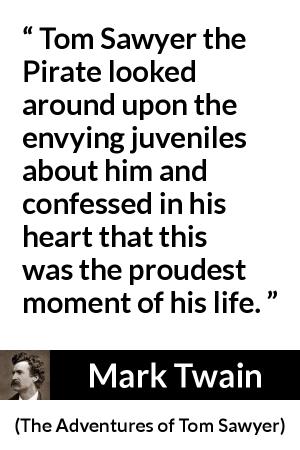 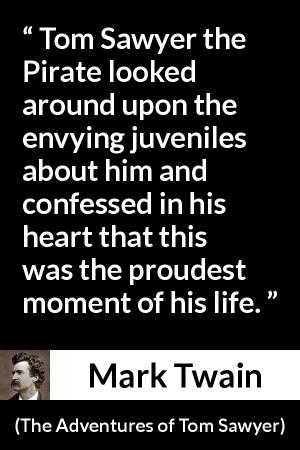