“ Tom partly uncovered a dismal caricature of a house with two gable ends to it and a corkscrew of smoke issuing from the chimney. ”
Mark Twain, The Adventures of Tom Sawyer (1876). copy citation

“The boy worked on, apparently unconscious. The girl made a sort of non-committal attempt to see, but the boy did not betray that he was aware of it. At last she gave in and hesitatingly whispered:
«Let me see it.»
Tom partly uncovered a dismal caricature of a house with two gable ends to it and a corkscrew of smoke issuing from the chimney. Then the girl's interest began to fasten itself upon the work and she forgot everything else. When it was finished, she gazed a moment, then whispered:
«It's nice—make a man.»
The artist erected a man in the front yard, that resembled a derrick.” source

“The house smelled musty and damp, and little sweet, as if it were haunted by the ghosts of long-dead cookies.” Neil Gaiman, American Gods

“The weird thing about houses is that they almost always look like nothing is happening inside of them, even though they contain most of our lives. I wondered if that was sort of the point of architecture.” John Green, The Fault in Our Stars

“The first thing he saw in the small room was a large clock on the wall which already showed ten o'clock.” Franz Kafka, The Trial 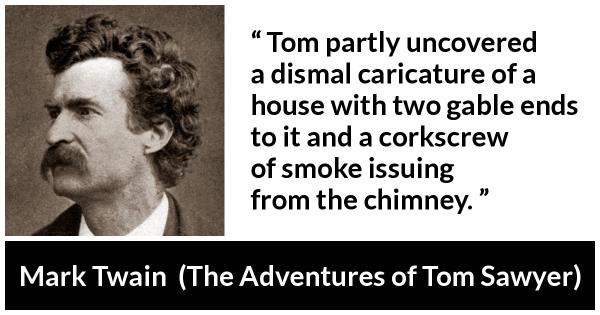 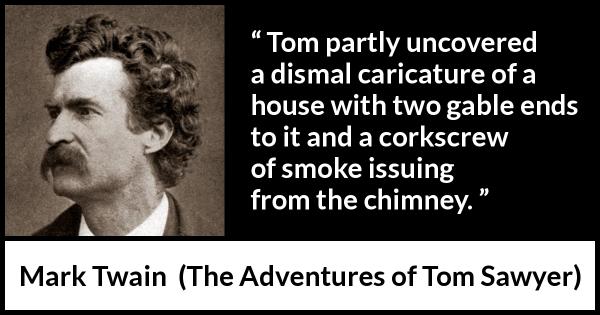 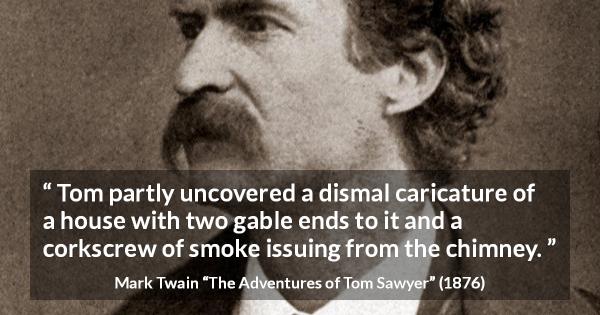 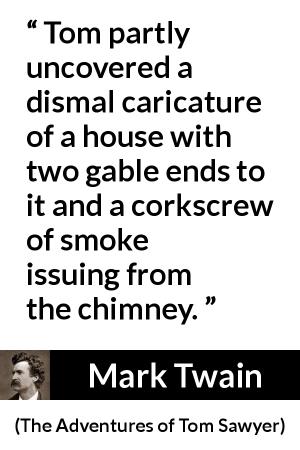 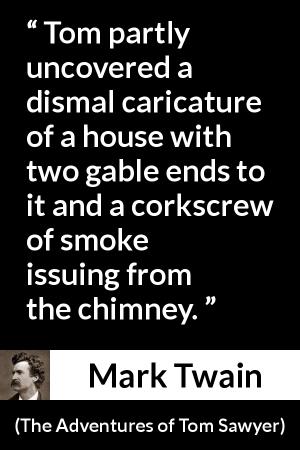 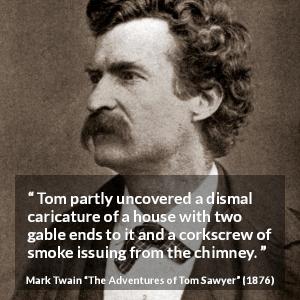