“ in order to make a man or a boy covet a thing, it is only necessary to make the thing difficult to attain. ”
Mark Twain, The Adventures of Tom Sawyer (1876). copy citation

“He had had a nice, good, idle time all the while—plenty of company—and the fence had three coats of whitewash on it! If he hadn't run out of whitewash he would have bankrupted every boy in the village.
Tom said to himself that it was not such a hollow world, after all. He had discovered a great law of human action, without knowing it—namely, that in order to make a man or a boy covet a thing, it is only necessary to make the thing difficult to attain. If he had been a great and wise philosopher, like the writer of this book, he would now have comprehended that Work consists of whatever a body is obliged to do, and that Play consists of whatever a body is not obliged to do.” source

“It is easy, when you are young, to believe that what you desire is no less than what you deserve, to assume that if you want something badly enough, it is your God-given right to have it.” Jon Krakauer, Into the Wild

“Few things are impossible to diligence and skill.” Samuel Johnson, The History of Rasselas, Prince of Abissinia

“It's not hard to own something. Or everything. You just have to know that it's yours, and then be willing to let it go.” Neil Gaiman, Stardust 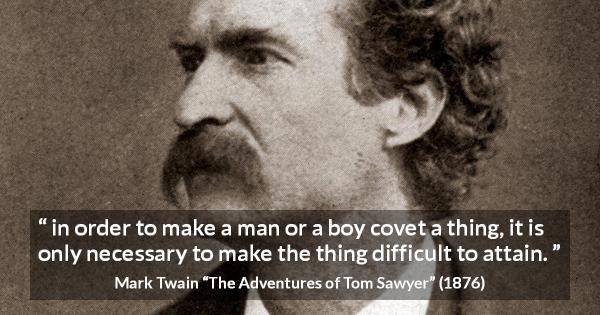 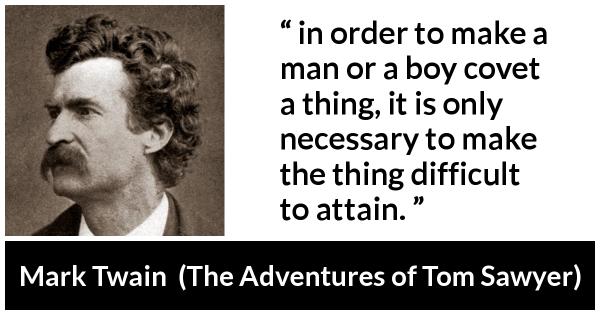 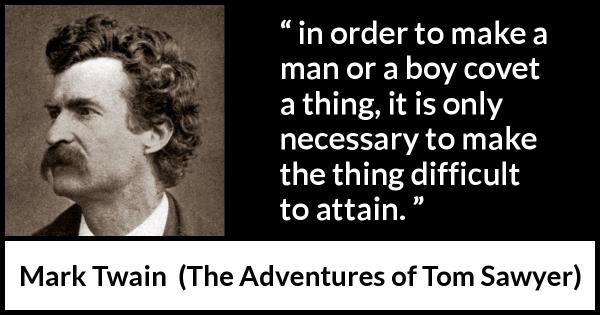 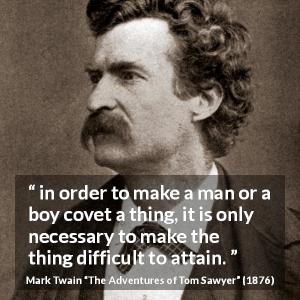 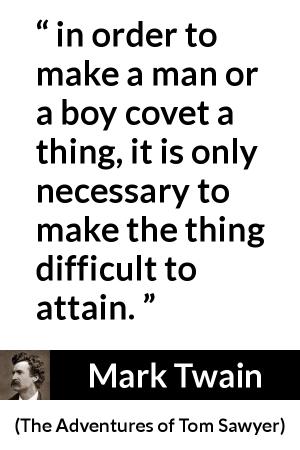 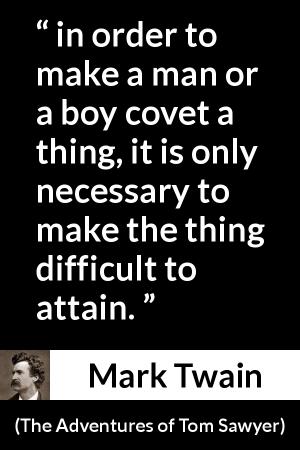