“ Conventionality is not morality. Self-righteousness is not religion. To attack the first is not to assail the last. ”
Charlotte Brontë, Jane Eyre (16 October 1847). copy citation

“I mean the timorous or carping few who doubt the tendency of such books as «Jane Eyre:» in whose eyes whatever is unusual is wrong; whose ears detect in each protest against bigotry—that parent of crime—an insult to piety, that regent of God on earth. I would suggest to such doubters certain obvious distinctions; I would remind them of certain simple truths.
Conventionality is not morality. Self-righteousness is not religion. To attack the first is not to assail the last. To pluck the mask from the face of the Pharisee, is not to lift an impious hand to the Crown of Thorns.
These things and deeds are diametrically opposed: they are as distinct as is vice from virtue.” source

“Human decency is not derived from religion. It precedes it.” Christopher Hitchens, God is Not Great

“What we call morality is merely a desperate enterprise, a forlorn hope, on the part of our fellow creatures to reverse the order of the universe, which is strife and murder, the blind interplay of hostile forces.” Anatole France, The Gods Are Athirst

“A man's ethical behaviour should be based effectually on sympathy, education, and social ties; no religious basis is necessary. Man would indeed be in a poor way if he had to be restrained by fear and punishment and hope of reward after death.” Albert Einstein, The world as I see it 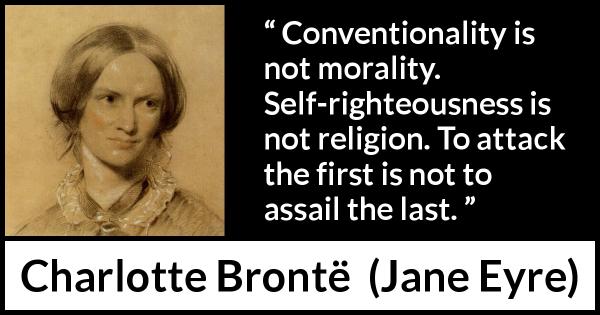 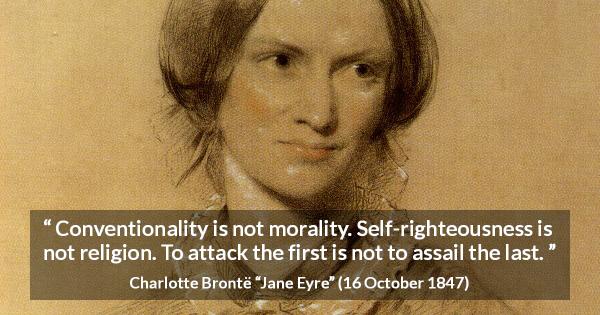 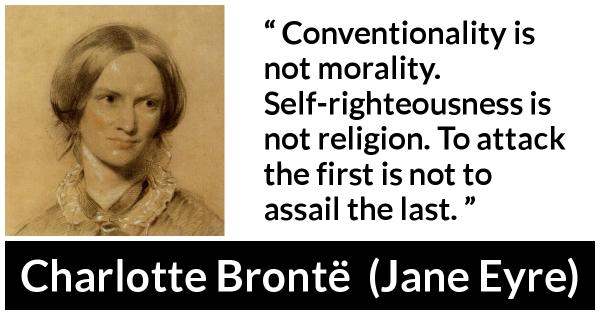 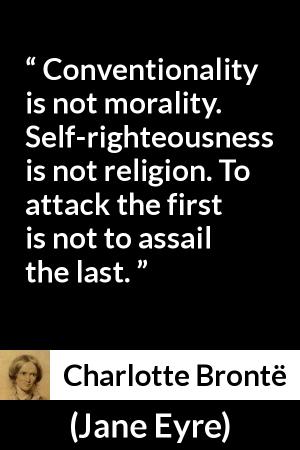 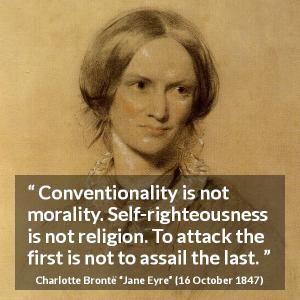 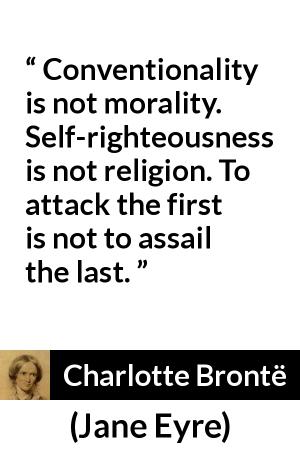