“ Contradiction is not a sign of falsity, nor the want of contradiction a sign of truth. ”
Blaise Pascal, Pensées (1670). copy citation

“The harbour decides for those who are in a ship; but where shall we find a harbour in morality?
384 Contradiction is a bad sign of truth; several things which are certain are contradicted; several things which are false pass without contradiction. Contradiction is not a sign of falsity, nor the want of contradiction a sign of truth.
385 Scepticism.—Each thing here is partly true and partly false. Essential truth is not so; it is altogether pure and altogether true. This mixture dishonours and annihilates it. Nothing is purely true, and thus nothing is true, meaning by that pure truth.” source
Original quote
“Ni la contradiction n'est marque de fausseté, ni l'incontradiction n'est marque de vérité.” Blaise Pascal, Pensées

“Contradictions do not exist. Whenever you think that you are facing a contradiction, check your premises. You will find that one of them is wrong.” Ayn Rand, Atlas Shrugged

“For True and False are attributes of Speech, not of things. And where Speech in not, there is neither Truth nor Falshood.” Thomas Hobbes, Leviathan

“Scientific truth is beyond loyalty and disloyalty.” Isaac Asimov, Foundation

“I like talking to a brick wall—it's the only thing in the world that never contradicts me!” Oscar Wilde, Lady Windermere's Fan 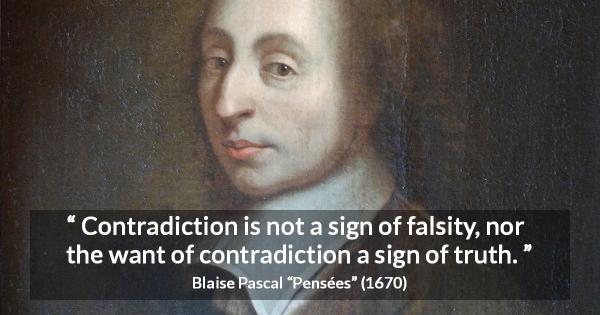 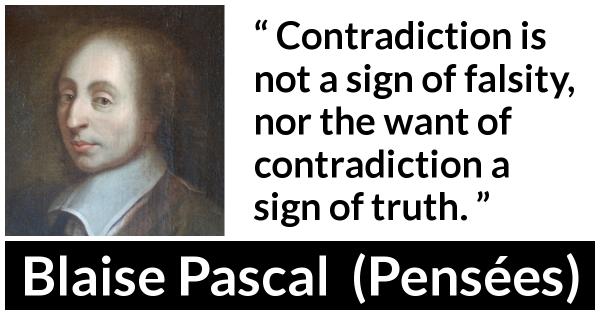 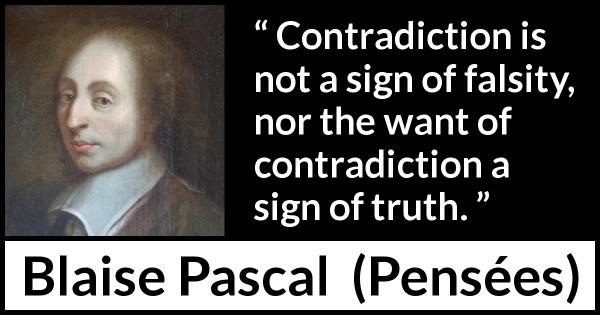 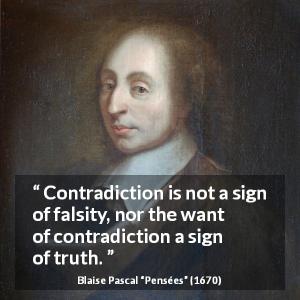 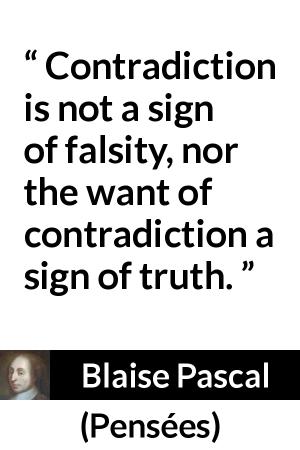 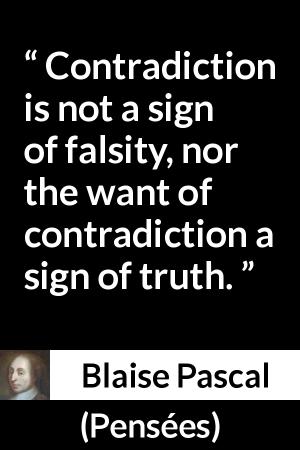