“ For True and False are attributes of Speech, not of things. And where Speech in not, there is neither Truth nor Falshood. ”
Thomas Hobbes, Leviathan (1651). copy citation

“When two Names are joyned together into a Consequence, or Affirmation; as thus, A Man Is A Living Creature; or thus, If He Be A Man, He Is A Living Creature, If the later name Living Creature, signifie all that the former name Man signifieth, then the affirmation, or consequence is True; otherwise False. For True and False are attributes of Speech, not of things. And where Speech in not, there is neither Truth nor Falshood. Errour there may be, as when wee expect that which shall not be; or suspect what has not been: but in neither case can a man be charged with Untruth.
Seeing then that Truth consisteth in the right ordering of names in our affirmations, a man that seeketh precise Truth, had need to remember what every name he uses stands for; and to place it accordingly; or els he will find himselfe entangled in words, as a bird in lime-twiggs; the more he struggles, the more belimed.” source

“Touch comes before sight, before speech. It is the first language and the last, and it always tells the truth.” Margaret Atwood, The Blind Assassin

“Supplication, worship, prayer are no superstition; they are acts more real than the acts of eating, drinking, sitting or walking. It is no exaggeration to say that they alone are real, all else is unreal.” Mahatma Gandhi, The Story of my Experiments with Truth 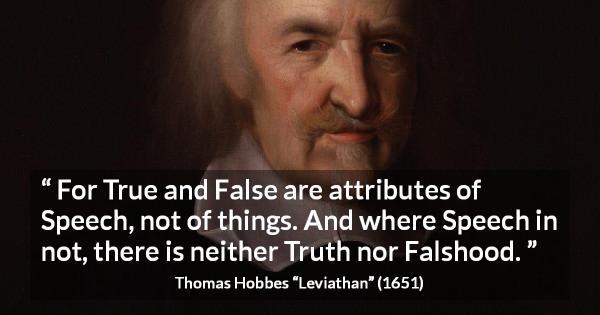 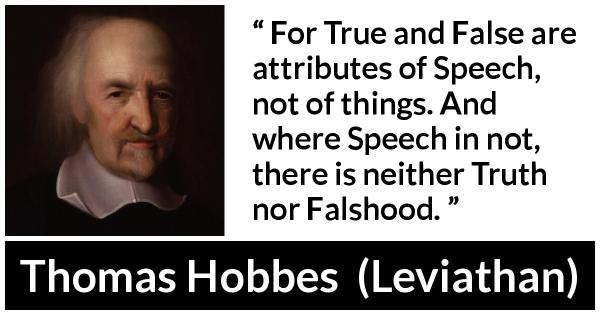 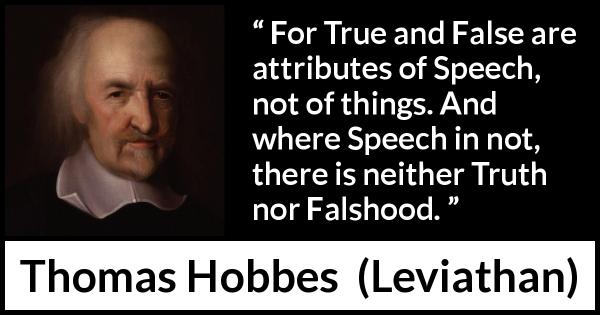 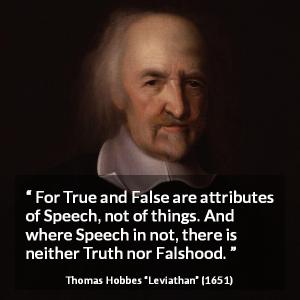 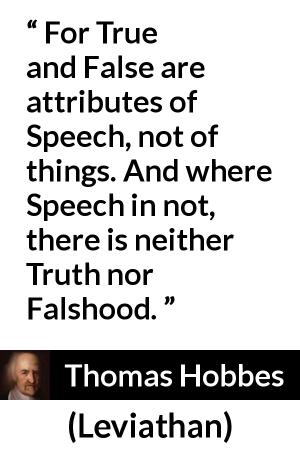 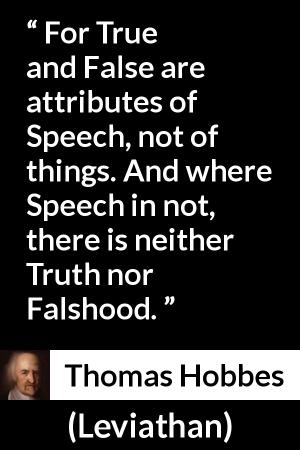