“ And this Feare of things invisible, is the naturall Seed of that, which every one in himself calleth Religion; and in them that worship, or feare that Power otherwise than they do, Superstition. ”
Thomas Hobbes, Leviathan (1651). copy citation

“And they that make little, or no enquiry into the naturall causes of things, yet from the feare that proceeds from the ignorance it selfe, of what it is that hath the power to do them much good or harm, are enclined to suppose, and feign unto themselves, severall kinds of Powers Invisible; and to stand in awe of their own imaginations; and in time of distresse to invoke them; as also in the time of an expected good successe, to give them thanks; making the creatures of their own fancy, their Gods. By which means it hath come to passe, that from the innumerable variety of Fancy, men have created in the world innumerable sorts of Gods. And this Feare of things invisible, is the naturall Seed of that, which every one in himself calleth Religion; and in them that worship, or feare that Power otherwise than they do, Superstition.
And this seed of Religion, having been observed by many; some of those that have observed it, have been enclined thereby to nourish, dresse, and forme it into Lawes; and to adde to it of their own invention, any opinion of the causes of future events, by which they thought they should best be able to govern others, and make unto themselves the greatest use of their Powers.” source

“And in these foure things, Opinion of Ghosts, Ignorance of second causes, Devotion towards what men fear, and Taking of things Casuall for Prognostiques, consisteth the Naturall seed of Religion” Thomas Hobbes, Leviathan

“The beauty of religious mania is that it has the power to explain everything. Once God (or Satan) is accepted as the first cause of everything which happens in the mortal world, nothing is left to chance... or change.” Stephen King, The Stand

“There is no such thing as not worshipping. Everybody worships. The only choice we get is what to worship.” David Foster Wallace, This Is Water

“You know I hate, detest, and can't bear a lie, not because I am straighter than the rest of us, but simply because it appalls me.” Joseph Conrad, Heart of Darkness 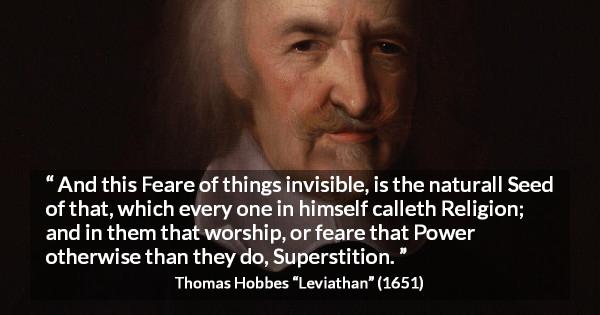 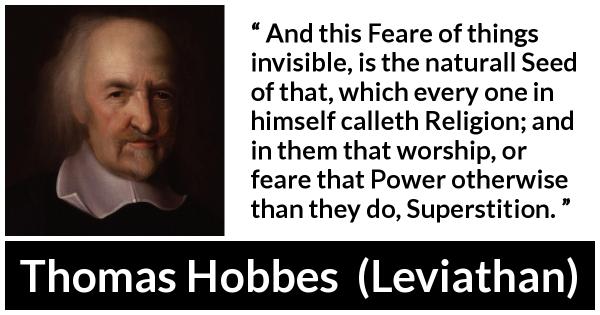 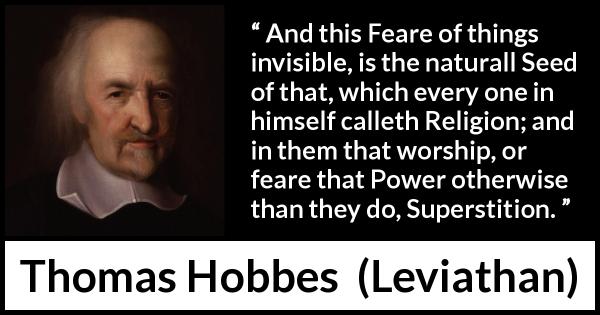 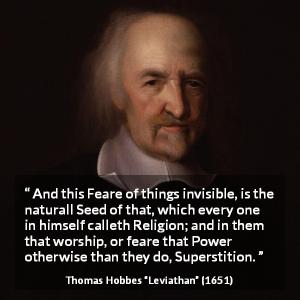 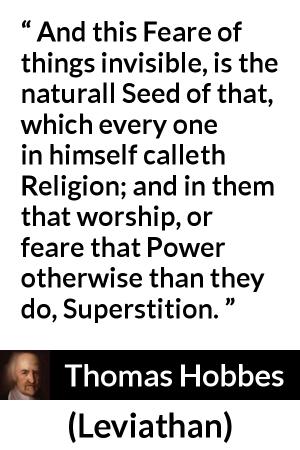 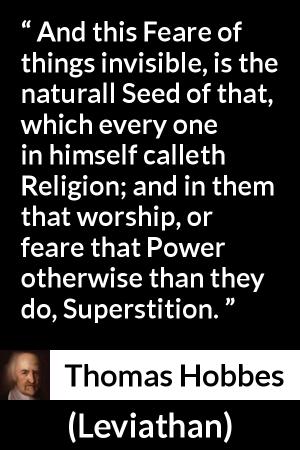