“But sin has so clouded the lenses of our hearts that we cannot see that other reality, the City of God, shining around us. The world of sense triumphs. The visible becomes the enemy of the invisible; the temporal, of the eternal. That is the curse inherited by every member of Adam's tragic race.
At the root of the Christian life lies belief in the invisible. The object of the Christian's faith is unseen reality.
Our uncorrected thinking, influenced by the blindness of our natural hearts and the intrusive ubiquity of visible things, tends to draw a contrast between the spiritual and the real; but actually no such contrast exists.” source

“Reason is itself a matter of faith. It is an act of faith to assert that our thoughts have any relation to reality at all.” G. K. Chesterton, Orthodoxy 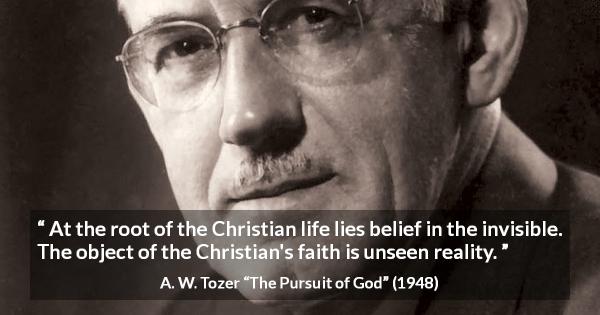 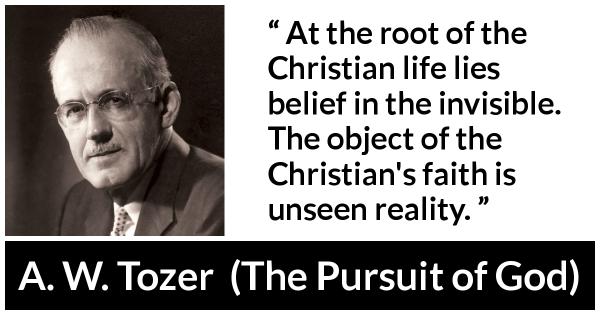 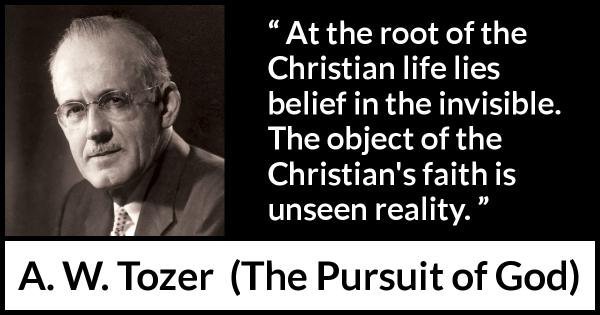 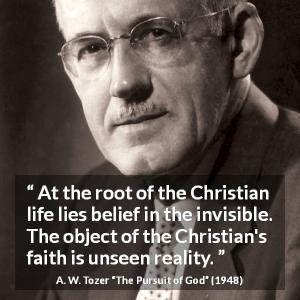 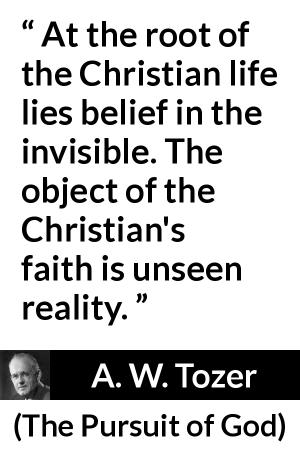 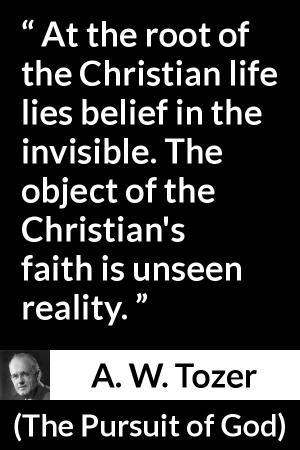