“ And in these foure things, Opinion of Ghosts, Ignorance of second causes, Devotion towards what men fear, and Taking of things Casuall for Prognostiques, consisteth the Naturall seed of Religion ”
Thomas Hobbes, Leviathan (1651). copy citation

“Lastly, concerning how these Invisible Powers declare to men the things which shall hereafter come to passe, especially concerning their good or evill fortune in generall, or good or ill successe in any particular undertaking, men are naturally at a stand; save that using to conjecture of the time to come, by the time past, they are very apt, not onely to take casuall things, after one or two encounters, for Prognostiques of the like encounter ever after, but also to believe the like Prognostiques from other men, of whom they have once conceived a good opinion.
Foure Things, Naturall Seeds Of Religion And in these foure things, Opinion of Ghosts, Ignorance of second causes, Devotion towards what men fear, and Taking of things Casuall for Prognostiques, consisteth the Naturall seed of Religion; which by reason of the different Fancies, Judgements, and Passions of severall men, hath grown up into ceremonies so different, that those which are used by one man, are for the most part ridiculous to another.
Made Different By Culture For these seeds have received culture from two sorts of men. One sort have been they, that have nourished, and ordered them, according to their own invention. The other, have done it, by Gods commandement, and direction: but both sorts have done it, with a purpose to make those men that relyed on them, the more apt to Obedience, Lawes, Peace, Charity, and civill Society.” source

“In religion, as in war and everything else, comfort is the one thing you cannot get by looking for it.” C. S. Lewis, Mere Christianity

“Conventionality is not morality. Self-righteousness is not religion. To attack the first is not to assail the last.” Charlotte Brontë, Jane Eyre

“But, above all, it will confer an inestimable benefit on morality and religion, by showing that all the objections urged against them may be silenced for ever by the Socratic method, that is to say, by proving the ignorance of the objector.” Immanuel Kant, Critique of Pure Reason 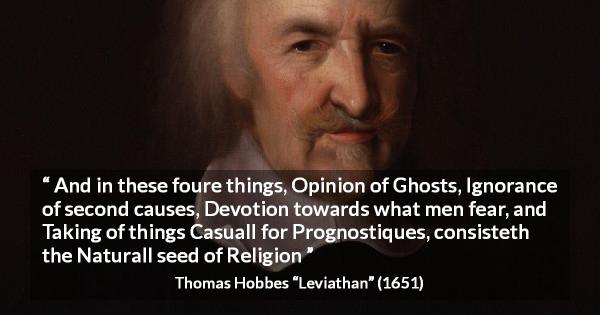 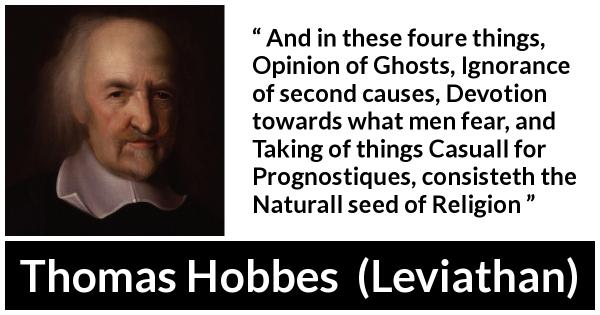 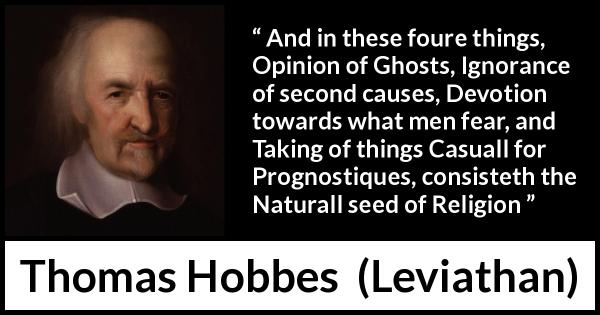 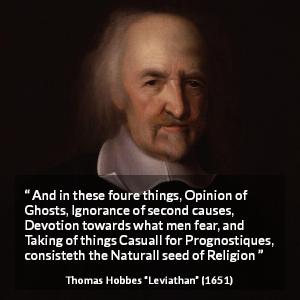 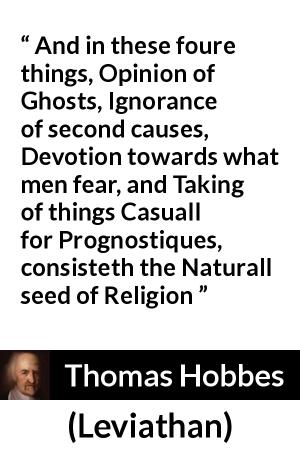 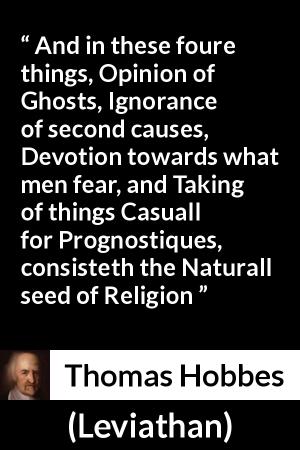