“ Doublethink means the power of holding two contradictory beliefs in one's mind simultaneously, and accepting both of them. ”
George Orwell, 1984 (1949). copy citation

“It is learned by the majority of Party members, and certainly by all who are intelligent as well as orthodox. In Oldspeak it is called, quite frankly, «reality control». In Newspeak it is called doublethink, though doublethink comprises much else as well.
Doublethink means the power of holding two contradictory beliefs in one's mind simultaneously, and accepting both of them. The Party intellectual knows in which direction his memories must be altered; he therefore knows that he is playing tricks with reality; but by theexercise of doublethink he also satisfies himself that reality is not violated.” source 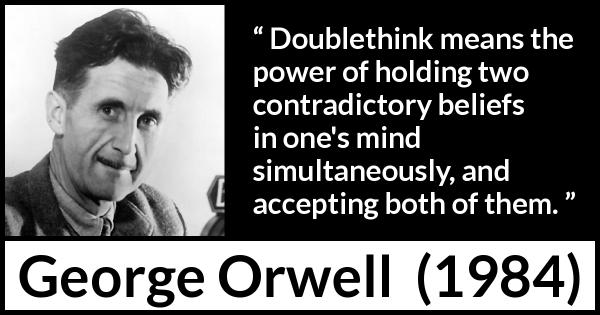 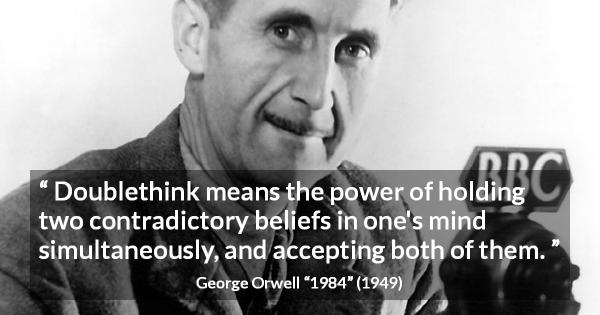 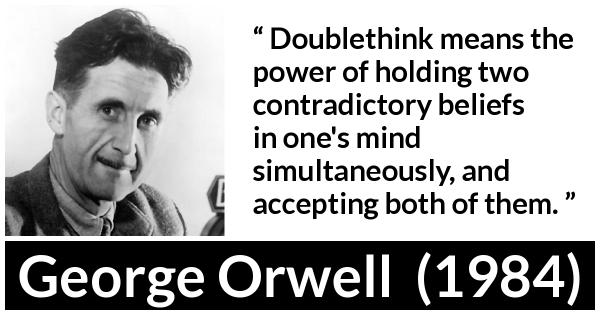 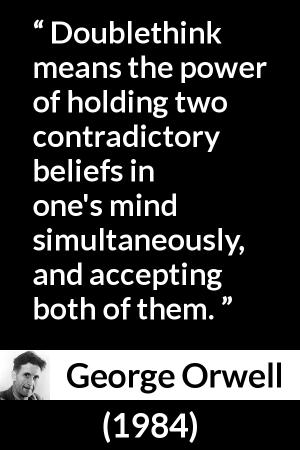 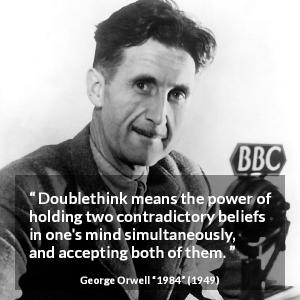 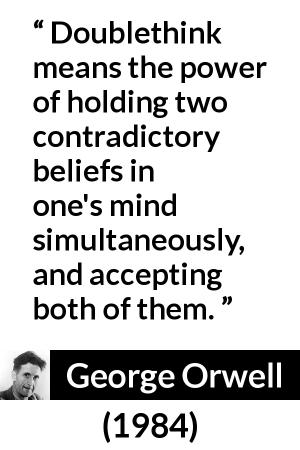