“And yet, just for a moment, what almost frightening power had sounded in that cry from only a fewhundred throats! Why was it that they could never shout like that about anything that mattered?
He wrote: Until they become conscious they will never rebel, and until after they haverebelled they cannot become conscious.
That, he reflected, might almost have been a transcription from one of the Party textbooks. The Party claimed, of course, to have liberated the proles from bondage. Before the Revolution they had been hideously oppressed by the capitalists, they had been starved and flogged, women had been forced to work in the coal mines (women still did work in the coal mines, as a matter of fact), children had been sold into the factories at the age of six.” source

“In some ways, it is easier to be a dissident, for then one is without responsibility.” Nelson Mandela, Long Walk to Freedom

“the best way to manage some kinds of pain fill thoughts, is to dare them to do their worst; to let them lie and gnaw at your heart till they are tired; and you find you still have a residue of life they cannot kill.” George MacDonald, Phantastes 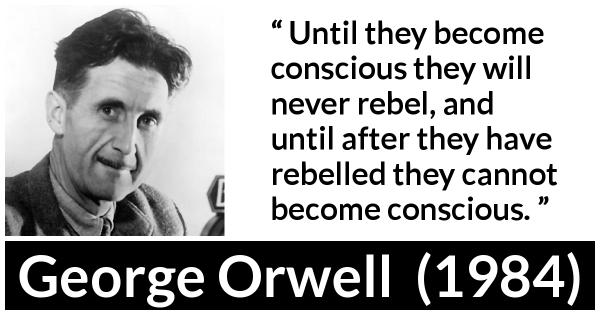 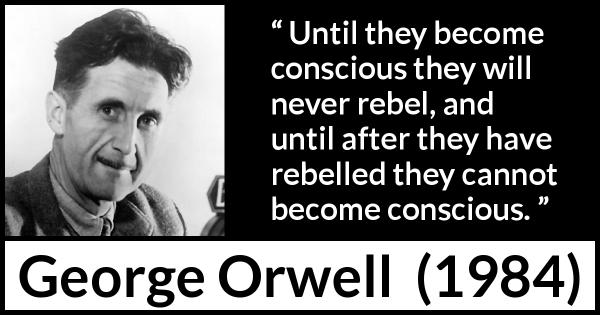 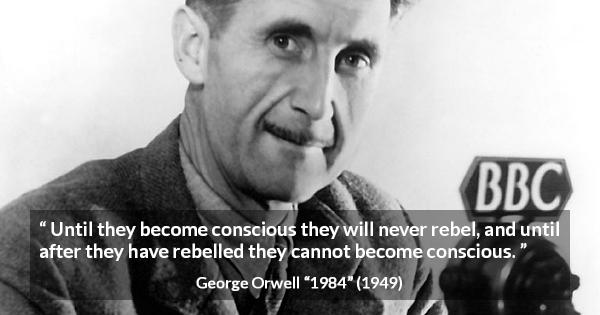 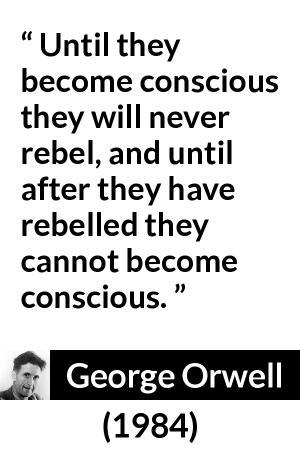 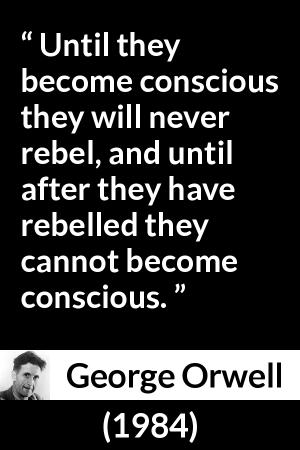 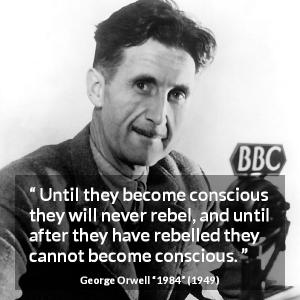