“ what strikes the capricious mind of the poet is not always what affects the mass of readers. ”
Alexandre Dumas, The Three Musketeers (1844). copy citation

“They will therein find portraits penciled by the hand of a master; and although these squibs may be, for the most part, traced upon the doors of barracks and the walls of cabarets, they will not find the likenesses of Louis XIII, Anne of Austria, Richelieu, Mazarin, and the courtiers of the period, less faithful than in the history of M. Anquetil.
But, it is well known, what strikes the capricious mind of the poet is not always what affects the mass of readers. Now, while admiring, as others doubtless will admire, the details we have to relate, our main preoccupation concerned a matter to which no one before ourselves had given a thought.
D'Artagnan relates that on his first visit to M. de Treville, captain of the king's Musketeers, he met in the antechamber three young men, serving in the illustrious corps into which he was soliciting the honor of being received, bearing the names of Athos, Porthos, and Aramis.” source
Original quote
“ce qui frappe l'esprit capricieux du poète n'est pas toujours ce qui impressionne la masse des lecteurs.” Alexandre Dumas, Les Trois Mousquetaires

“Only the very weak-minded refuse to be influenced by literature and poetry” Cassandra Clare, Clockwork Angel

“The lunatic, the lover, and the poet are of imagination all compact” William Shakespeare, A Midsummer Night's Dream

“But where is the last year's snow? This was the greatest care that Villon the Parisian poet took.” François Rabelais, Gargantua and Pantagruel 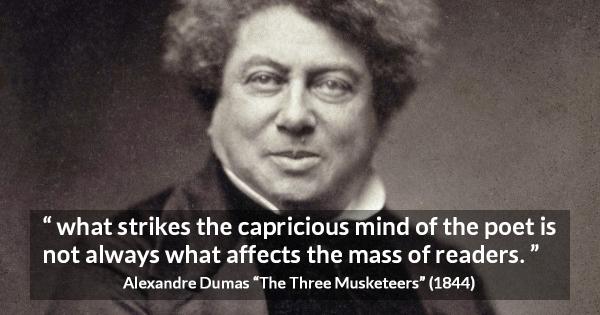 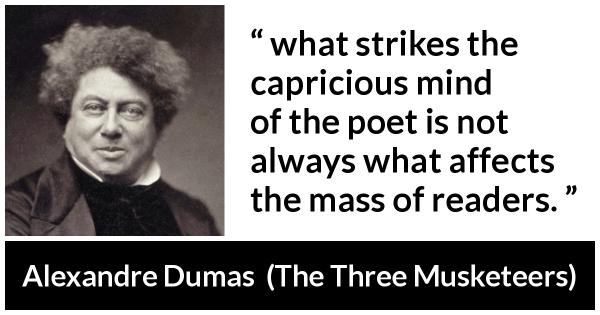 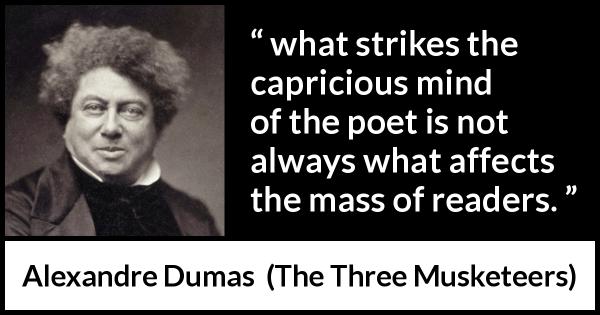 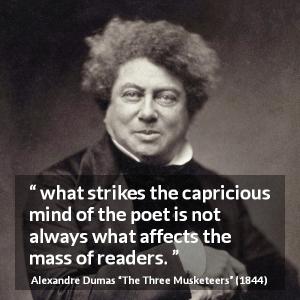 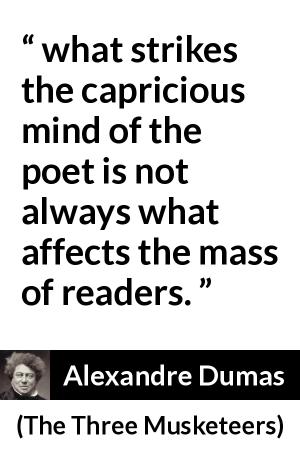 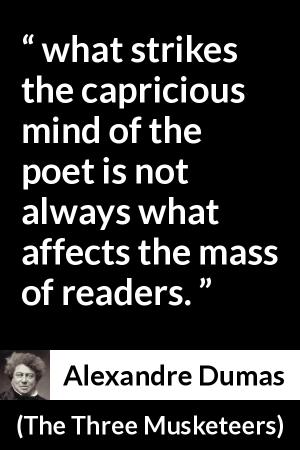