“ to die to escape from poverty or love or anything painful is not the mark of a brave man, but rather of a coward ”
Aristotle, Nicomachean Ethics (c. 334 BC - 330 BC). copy citation

“As we have said, then, courage is a mean with respect to things that inspire confidence or fear, in the circumstances that have been stated; and it chooses or endures things because it is noble to do so, or because it is base not to do so. But to die to escape from poverty or love or anything painful is not the mark of a brave man, but rather of a coward; for it is softness to fly from what is troublesome, and such a man endures death not because it is noble but to fly from evil.
8 Courage, then, is something of this sort, but the name is also applied to five other kinds.
First comes the courage of the citizen-soldier; for this is most like true courage. Citizen-soldiers seem to face dangers because of the penalties imposed by the laws and the reproaches they would otherwise incur, and because of the honours they win by such action; and therefore those peoples seem to be bravest among whom cowards are held in dishonour and brave men in honour.” source

“It is nothing to die; it is dreadful not to live.” Victor Hugo, Les Misérables

“To die for lack of love is horrible.” Victor Hugo, Les Misérables

“Perhaps it was more painful to think of a guilty man than of a dead man.” Albert Camus, The Plague 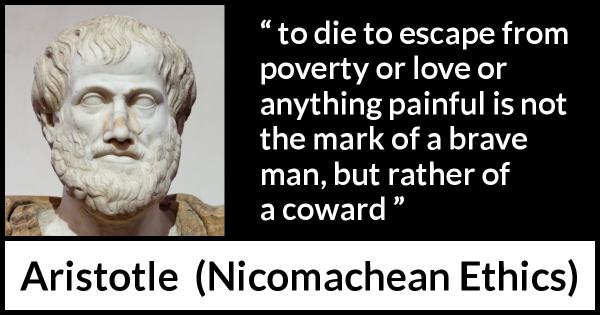 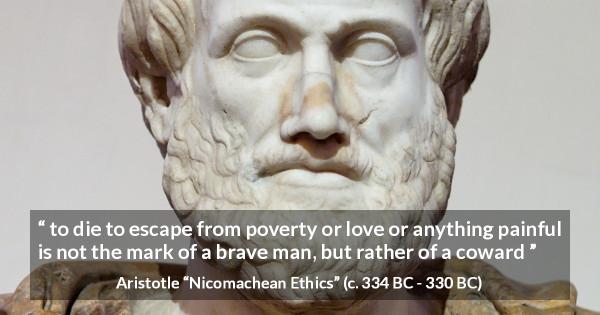 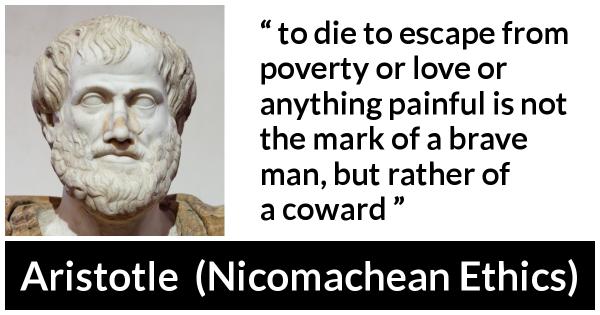 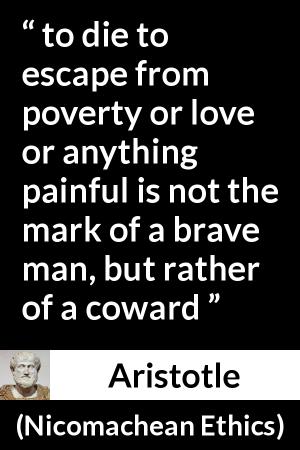 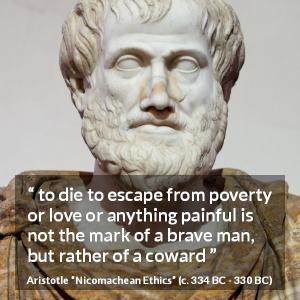 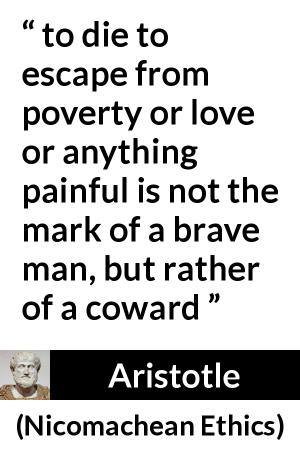