“And bending down to Marius' ear, he added in a very low voice: «Too late.»
Jean Valjean surveyed the doctor and Marius serenely, almost without ceasing to gaze at Cosette.
These barely articulate words were heard to issue from his mouth: «It is nothing to die; it is dreadful not to live.»
All at once he rose to his feet. These accesses of strength are sometimes the sign of the death agony. He walked with a firm step to the wall, thrusting aside Marius and the doctor who tried to help him, detached from the wall a little copper crucifix which was suspended there, and returned to his seat with all the freedom of movement of perfect health, and said in a loud voice, as he laid the crucifix on the table:” source
Original quote
“Ce n'est rien de mourir ; c'est affreux de ne pas vivre.” Victor Hugo, Les Misérables

“Death must be so beautiful. To lie in the soft brown earth, with the grasses waving above one's head, and listen to silence. To have no yesterday, and no to-morrow. To forget time, to forget life, to be at peace.” Oscar Wilde, The Canterville Ghost

“To die for lack of love is horrible.” Victor Hugo, Les Misérables

“It's a shame that we have to live, but it's a tragedy that we get to live only one life.” Jonathan Safran Foer, Extremely Loud & Incredibly Close

“Men fear death, as children fear to go in the dark; and as that natural fear in children, is increased with tales, so is the other.” Francis Bacon, The Essays of Francis Bacon 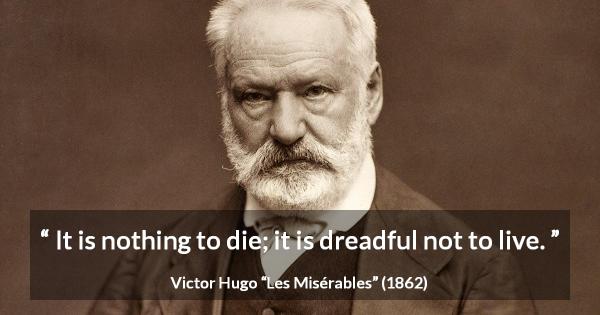 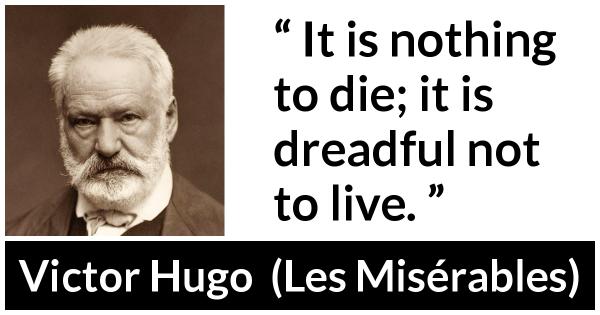 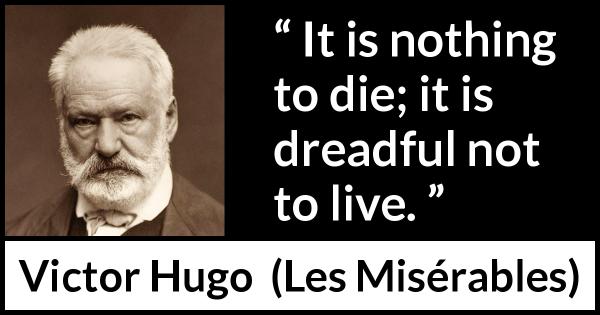 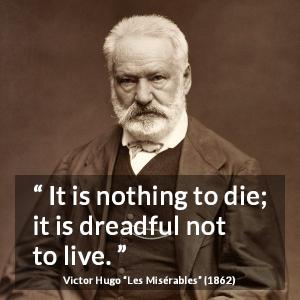 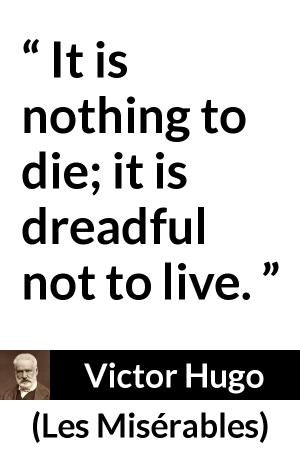 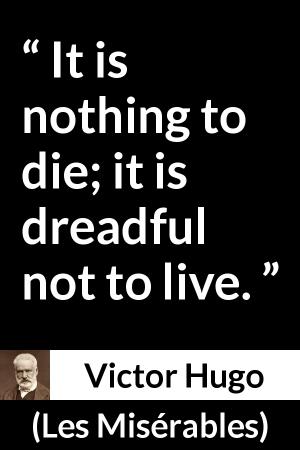