“ He was too well accustomed to suffering, and had suffered too much where he was, to bewail the prospect of change very severely. ”
Charles Dickens, Oliver Twist (1838). copy citation

“He could think of no bad object to be attained by sending him to Sikes, which would not be equally well answered by his remaining with Fagin; and after meditating for a long time, concluded that he had been selected to perform some ordinary menial offices for the housebreaker, until another boy, better suited for his purpose could be engaged. He was too well accustomed to suffering, and had suffered too much where he was, to bewail the prospect of change very severely. He remained lost in thought for some minutes; and then, with a heavy sigh, snuffed the candle, and, taking up the book which the Jew had left with him, began to read.
He turned over the leaves. Carelessly at first; but, lighting on a passage which attracted his attention, he soon became intent upon the volume.” source

“Weary of liberty, he suffered himself to be saddled and bridled, and was ridden to death for his pains.” Johann Wolfgang von Goethe, The Sorrows of Young Werther

“It surprised him that life should be going on in the old way when his own reactions to it had so completely changed.” Edith Wharton, The Age of Innocence

“When you've suffered a great deal in life, each additional pain is both unbearable and trifling.” Yann Martel, Life of Pi

“They suffer, of course ... but then they live, they live a real life, not a fantastic one, for suffering is life. Without suffering what would be the pleasure of it?” Fyodor Dostoyevsky, The Brothers Karamazov 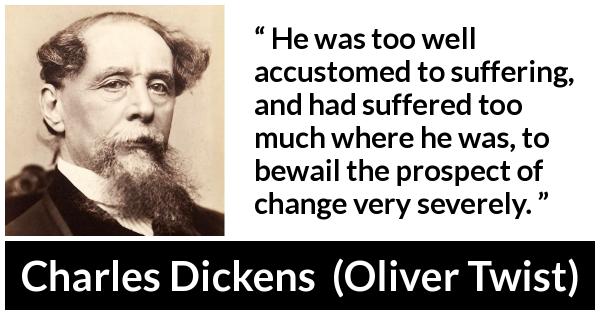 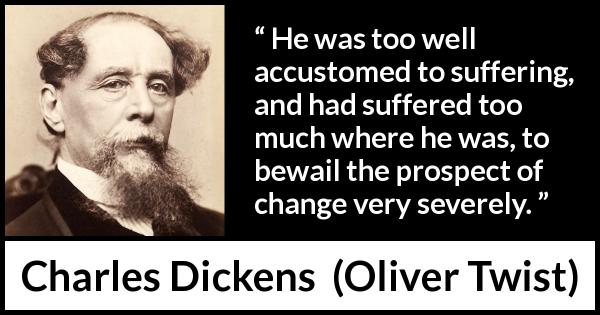 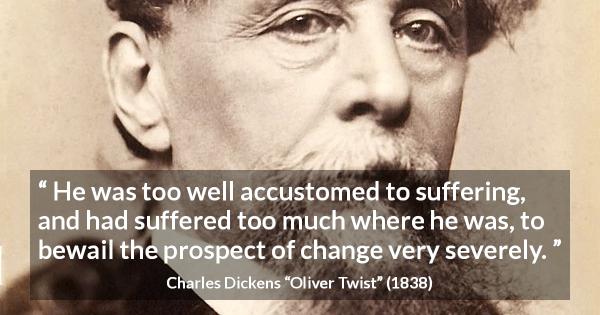 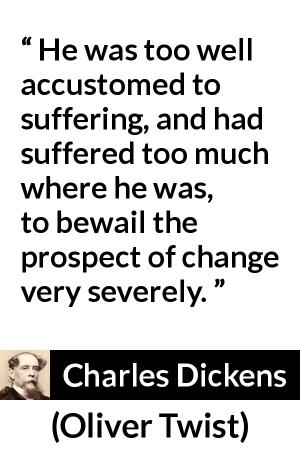 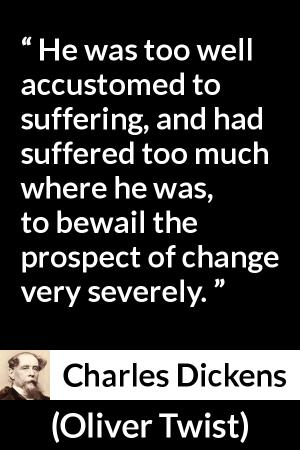 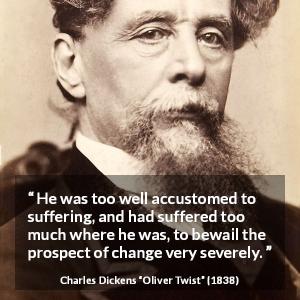