“ Faith, like a jackal, feeds among the tombs, and even from these dead doubts she gathers her most vital hope. ”
Herman Melville, Moby-Dick (1851). copy citation

“In what census of living creatures, the dead of mankind are included; why it is that a universal proverb says of them, that they tell no tales, though containing more secrets than the Goodwin Sands; how it is that to his name who yesterday departed for the other world, we prefix so significant and infidel a word, and yet do not thus entitle him, if he but embarks for the remotest Indies of this living earth; why the Life Insurance Companies pay death-forfeitures upon immortals; in what eternal, unstirring paralysis, and deadly, hopeless trance, yet lies antique Adam who died sixty round centuries ago; how it is that we still refuse to be comforted for those who we nevertheless maintain are dwelling in unspeakable bliss; why all the living so strive to hush all the dead; wherefore but the rumor of a knocking in a tomb will terrify a whole city. All these things are not without their meanings.
But Faith, like a jackal, feeds among the tombs, and even from these dead doubts she gathers her most vital hope.
It needs scarcely to be told, with what feelings, on the eve of a Nantucket voyage, I regarded those marble tablets, and by the murky light of that darkened, doleful day read the fate of the whalemen who had gone before me.” source

“reason is the greatest enemy that faith has” Martin Luther, Table Talk

“Faith creates nothing; it simply reckons upon that which is already there.” A. W. Tozer, The Pursuit of God

“Her trust makes me faithful, her belief makes me good.” Oscar Wilde, The Picture of Dorian Gray

“There were many dark moments when my faith in humanity was sorely tested, but I would not and could not give myself up to despair. That way lay defeat and death.” Nelson Mandela, Long Walk to Freedom 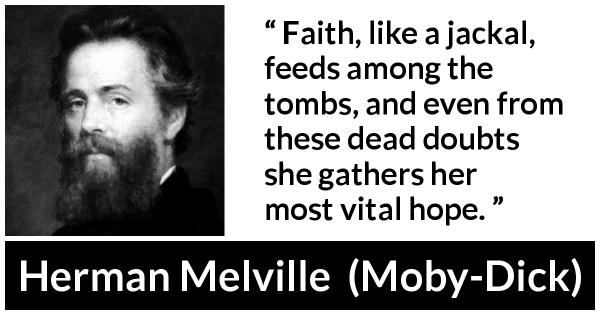 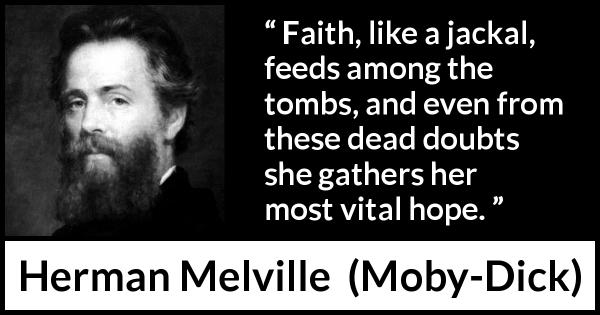 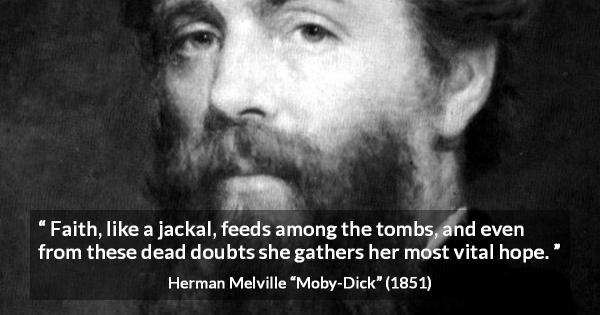 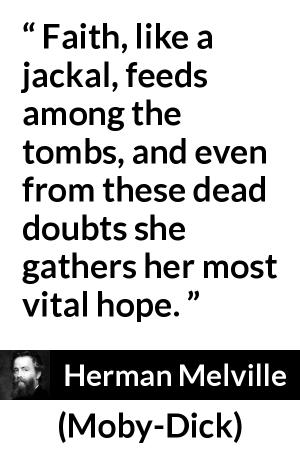 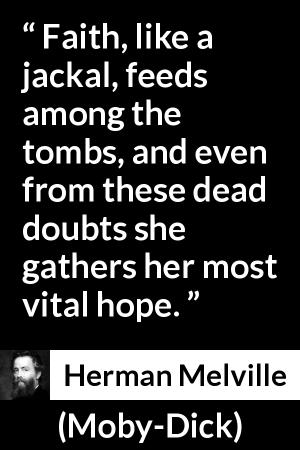 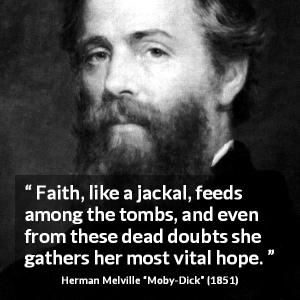