“«Swine,» pursued Mr. Wopsle, in his deepest voice, and pointing his fork at my blushes, as if he were mentioning my Christian name,—«swine were the companions of the prodigal. The gluttony of Swine is put before us, as an example to the young.» (I thought this pretty well in him who had been praising up the pork for being so plump and juicy.) «What is detestable in a pig is more detestable in a boy.»
«Or girl,» suggested Mr. Hubble.
«Of course, or girl, Mr. Hubble,» assented Mr. Wopsle, rather irritably, «but there is no girl present.»
«Besides,» said Mr. Pumblechook, turning sharp on me, «think what you've got to be grateful for.” source 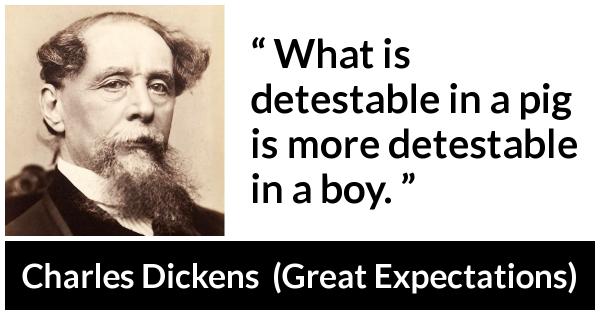 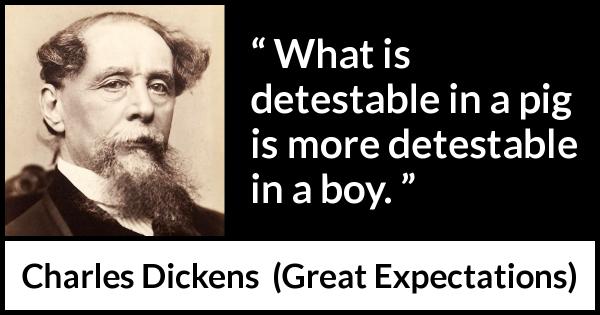 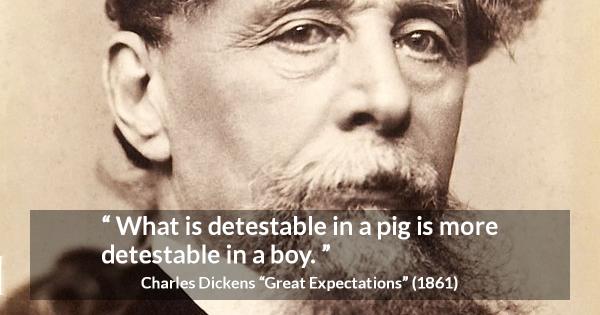 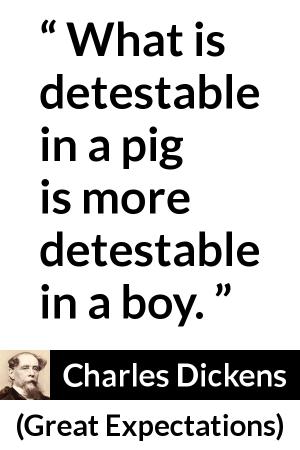 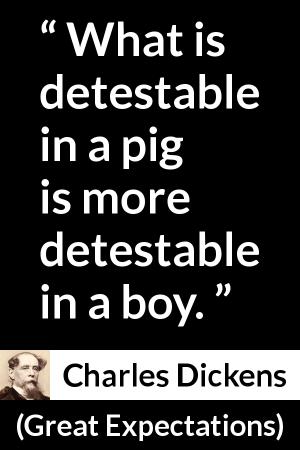 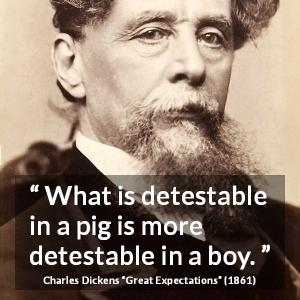