“ Under a government which imprisons any unjustly, the true place for a just man is also a prison. ”
Henry David Thoreau, Civil Disobedience (1849). copy citation

“If my esteemed neighbor, the State's ambassador, who will devote his days to the settlement of the question of human rights in the Council Chamber, instead of being threatened with the prisons of Carolina, were to sit down the prisoner of Massachusetts, that State which is so anxious to foist the sin of slavery upon her sister,—though at present she can discover only an act of inhospitality to be the ground of a quarrel with her,—the Legislature would not wholly waive the subject of the following winter.
Under a government which imprisons any unjustly, the true place for a just man is also a prison. The proper place today, the only place which Massachusetts has provided for her freer and less desponding spirits, is in her prisons, to be put out and locked out of the State by her own act, as they have already put themselves out by their principles.” source

“Society in every state is a blessing, but government even in its best state is but a necessary evil; in its worst state an intolerable one” Thomas Paine, Common Sense 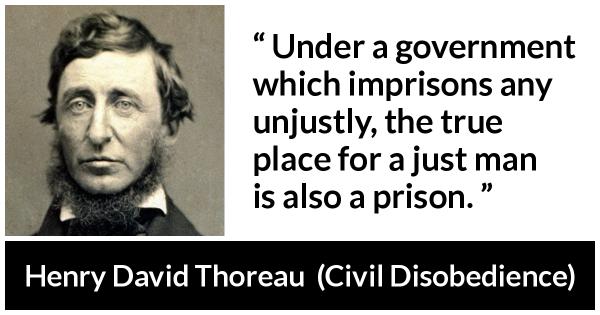 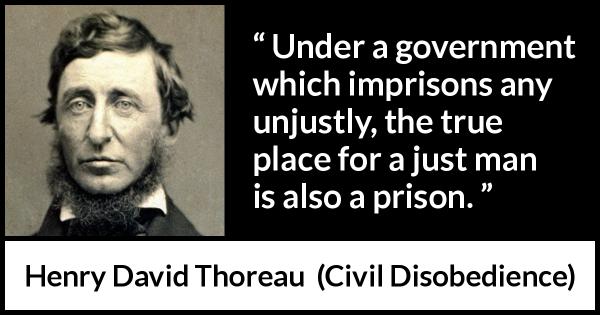 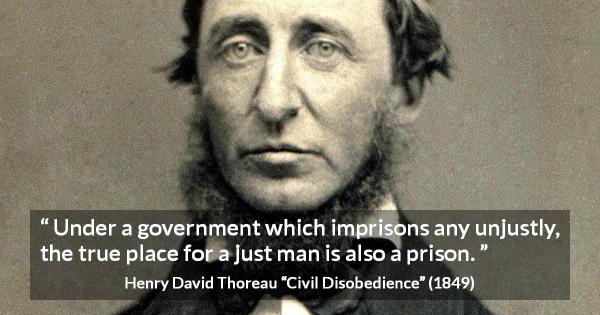 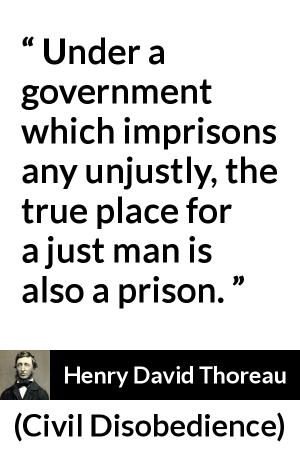 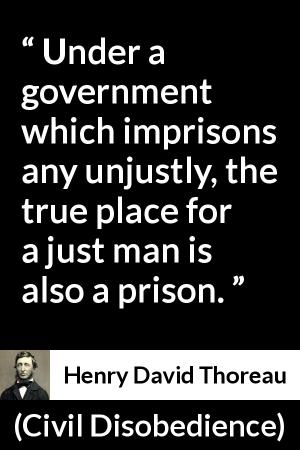 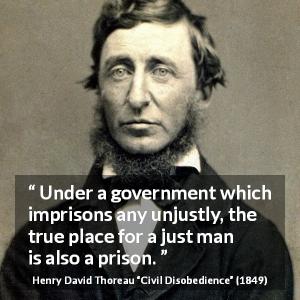