“ For monarchy in every instance is the Popery of government. ”
Thomas Paine, Common Sense (1776). copy citation

“That the Almighty hath here entered his protest against monarchical government is true, or the scripture is false. And a man hath good reason to believe that there is as much of king-craft, as priest-craft, in withholding the scripture from the public in Popish countries. For monarchy in every instance is the Popery of government.
40 To the evil of monarchy we have added that of hereditary succession; and as the first is a degradation and lessening of ourselves, so the second, claimed as a matter of right, is an insult and an imposition on posterity.” source

“That the king is not to be trusted without being looked after, or in other words, that a thirst for absolute power is the natural disease of monarchy.” Thomas Paine, Common Sense

“Government, like dress, is the badge of lost innocence; the palaces of kings are built on the ruins of the bowers of paradise.” Thomas Paine, Common Sense 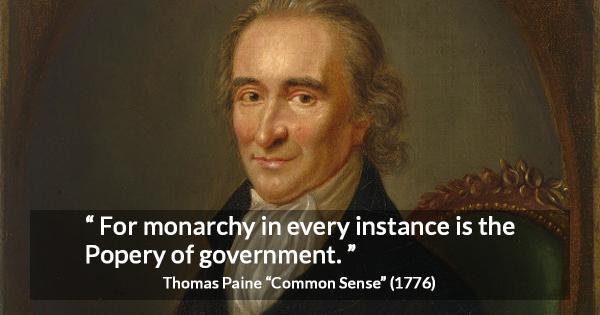 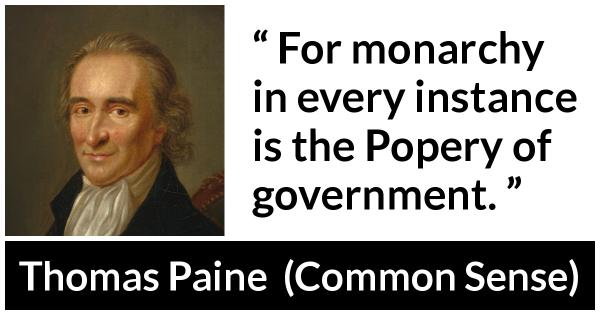 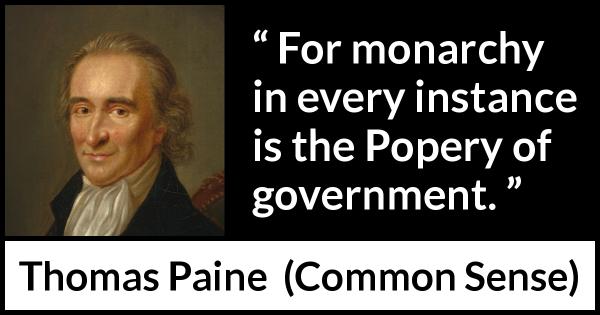 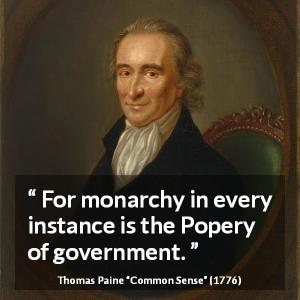 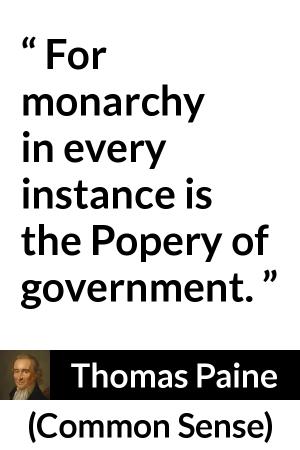 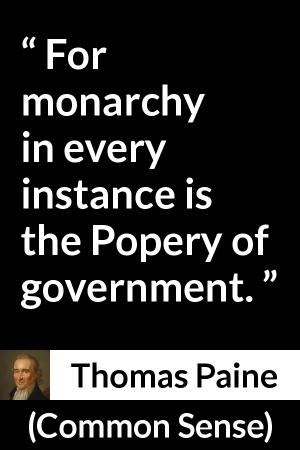