“ An absolute monarchy is one in which the sovereign does as he pleases so long as he pleases the assassins. ”
Ambrose Bierce, The Devil's Dictionary (1906). copy citation

“O, Stay thou, my sweetheart, and do never go, But heed the warning words the sage hath said: A woman absent is a woman dead.
Jogo Tyree ABSENTEE, n. A person with an income who has had the forethought to remove himself from the sphere of exaction.
ABSOLUTE, adj. Independent, irresponsible. An absolute monarchy is one in which the sovereign does as he pleases so long as he pleases the assassins. Not many absolute monarchies are left, most of them having been replaced by limited monarchies, where the sovereign's power for evil (and for good) is greatly curtailed, and by republics, which are governed by chance.” source

“The tyrant will always find a pretext for his tyranny.” Aesop, Aesop's Fables

“That the king is not to be trusted without being looked after, or in other words, that a thirst for absolute power is the natural disease of monarchy.” Thomas Paine, Common Sense 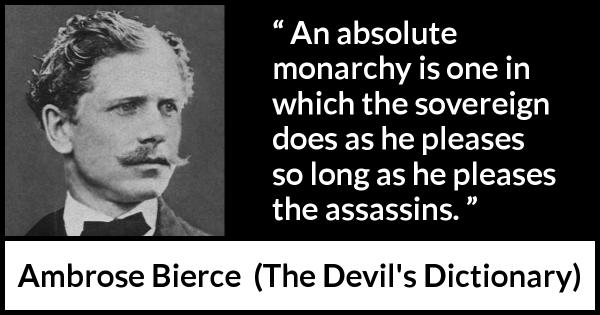 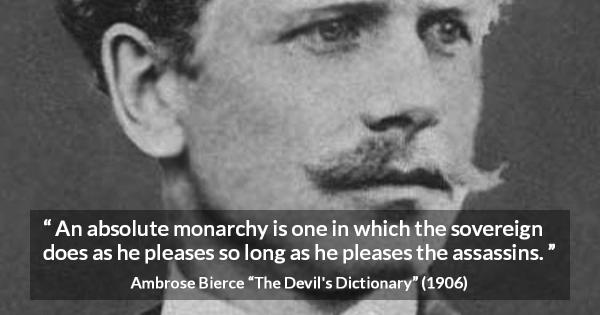 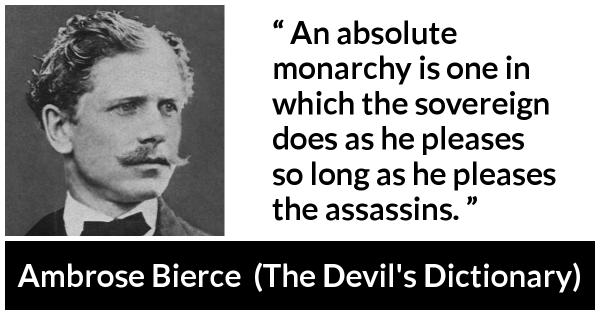 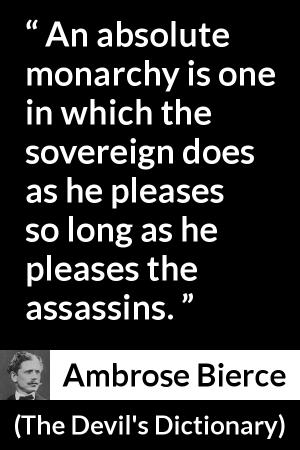 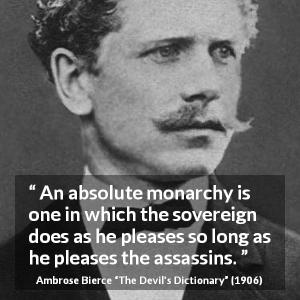 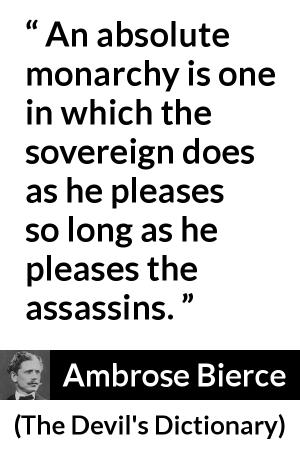