“ That the king is not to be trusted without being looked after, or in other words, that a thirst for absolute power is the natural disease of monarchy. ”
Thomas Paine, Common Sense (1776). copy citation

“19 To say that the constitution of England is a union of three powers reciprocally checking each other, is farcical, either the words have no meaning, or they are flat contradictions.
20 To say that the commons is a check upon the king, presupposes two things: 21 First.—That the king is not to be trusted without being looked after, or in other words, that a thirst for absolute power is the natural disease of monarchy.
22 Secondly.—That the commons, by being appointed for that purpose, are either wiser or more worthy of confidence than the crown.
23 But as the same constitution which gives the commons a power to check the king by withholding the supplies, gives afterwards the king a power to check the commons, by empowering him to reject their other bills; it again supposes that the king is wiser than those whom it has already supposed to be wiser than him.” source

“any man who must say 'I am the king' is no true king at all.” George R. R. Martin, A Storm of Swords

“distrust all in whom the impulse to punish is powerful!” Friedrich Nietzsche, Thus Spoke Zarathustra 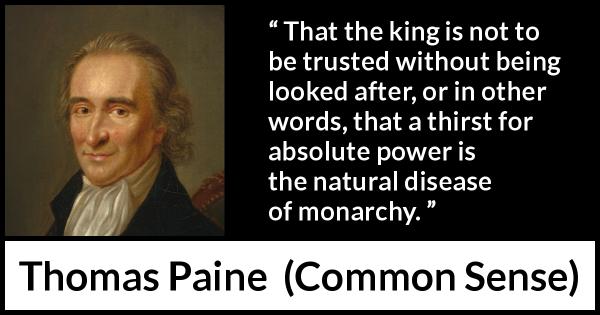 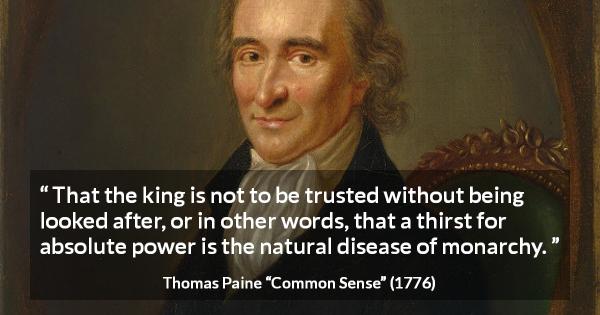 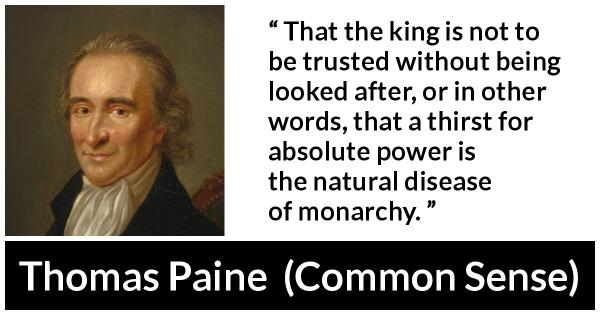 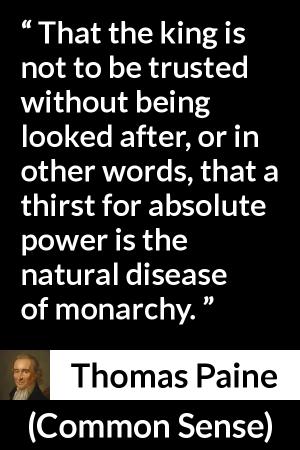 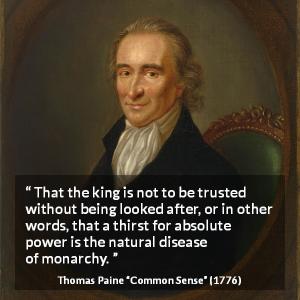 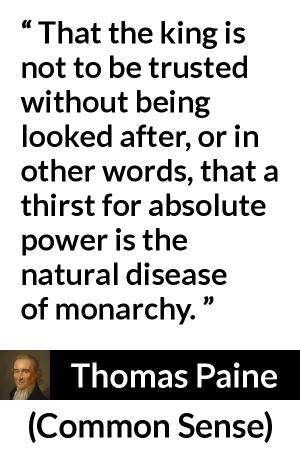