“ The Christian ideal has not been tried and found wanting. It has been found difficult; and left untried. ”
G. K. Chesterton, What's Wrong with the World (1910). copy citation

“But I have only taken this as the first and most evident case of the general truth: that the great ideals of the past failed not by being outlived (which must mean over-lived), but by not being lived enough. Mankind has not passed through the Middle Ages. Rather mankind has retreated from the Middle Ages in reaction and rout. The Christian ideal has not been tried and found wanting. It has been found difficult; and left untried.
It is, of course, the same in the case of the French Revolution. A great part of our present perplexity arises from the fact that the French Revolution has half succeeded and half failed. In one sense, Valmy was the decisive battle of the West, and in another Trafalgar.” source

“The visitor from outer space made a serious study of Christianity, to leam, if he could, why Christians found it so easy to be cruel.” Kurt Vonnegut, Slaughterhouse-Five 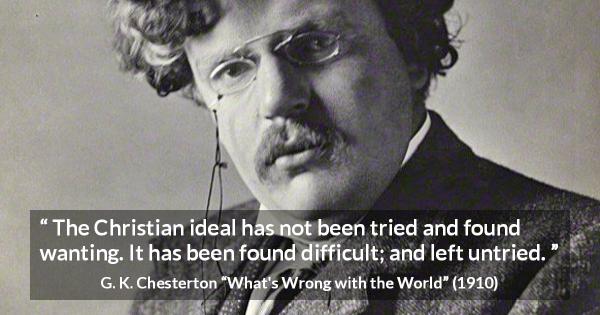 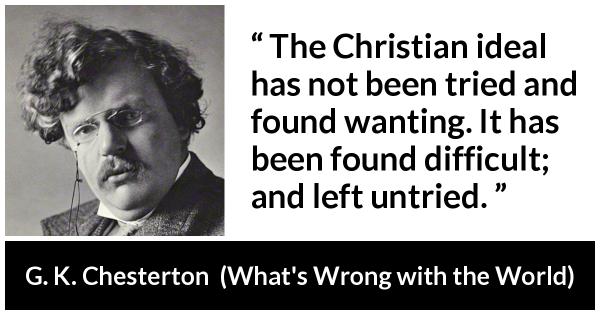 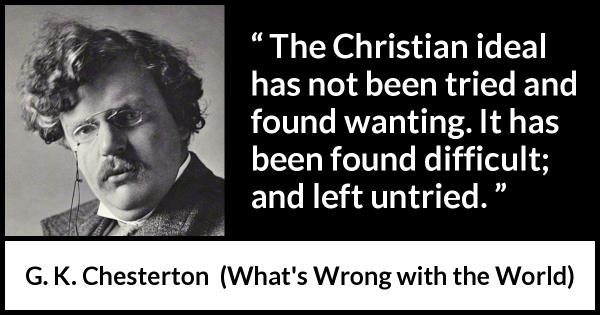 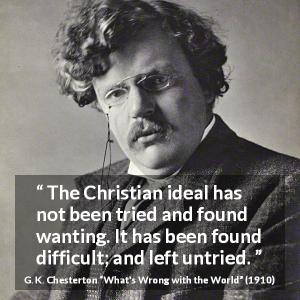 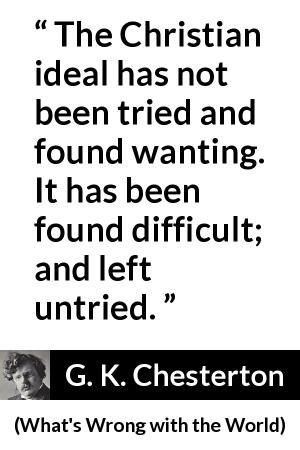 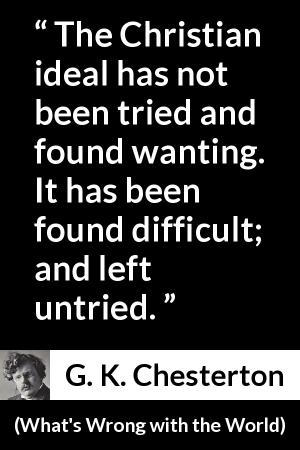