“ Everything you think you think because somebody promoted the ideas. Education—nothing but promotion. ”
Kurt Vonnegut, Player Piano (1952). copy citation

“It's fifteen degrees cooler right here and now than it is in New York City, and I'll bet not one person in fifty up north knows that. Just because the fact hasn't been promoted. Everything's promotion. Ever stop to think about that? Everything you think you think because somebody promoted the ideas. Education—nothing but promotion.
«Good promotion and bad promotion. Barbers, now, they get a lot of bad promotion on account of cartoons and television comedians, you know? Can't pick up a magazine or turn on the television without you see a joke about a barber cutting somebody.” source

“The chief wonder of education is that it does not ruin everybody concerned in it, teachers and taught.” Henry Adams, The Education of Henry Adams

“Moral education, which ought never, in any circumstances, to be rational.” Aldous Huxley, Brave New World 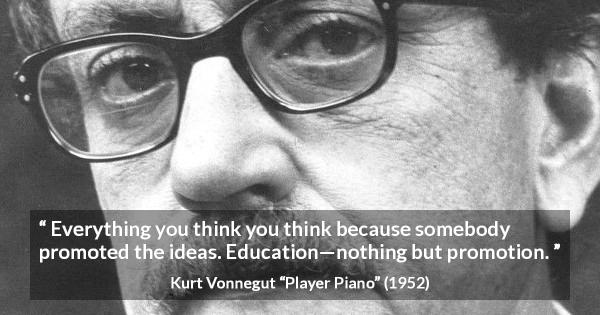 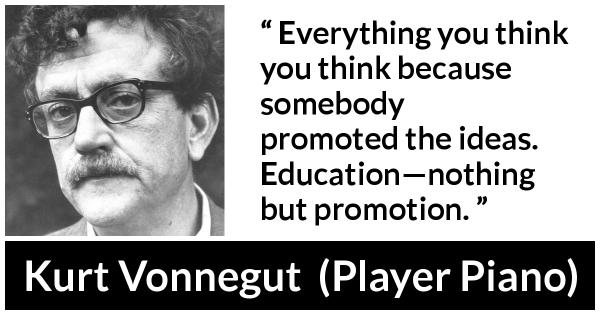 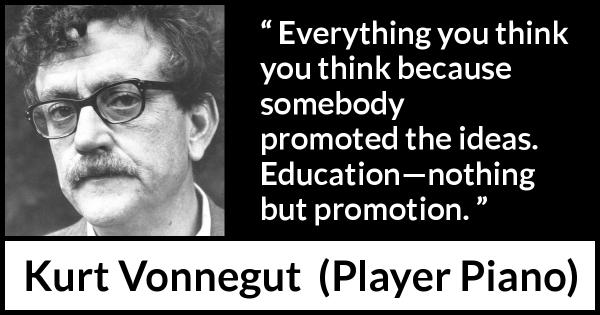 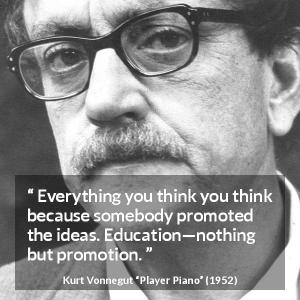 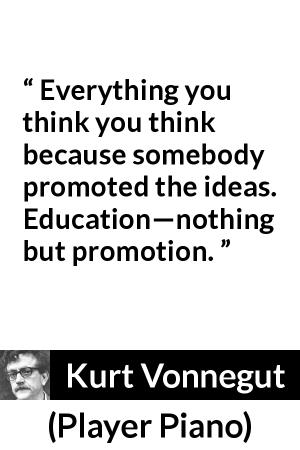 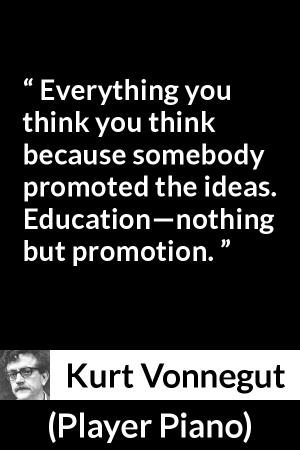