“ The chief wonder of education is that it does not ruin everybody concerned in it, teachers and taught. ”
Henry Adams, The Education of Henry Adams (1906). copy citation

“In effect, the school created a type but not a will. Four years of Harvard College, if successful, resulted in an autobiographical blank, a mind on which only a water-mark had been stamped.
The stamp, as such things went, was a good one. The chief wonder of education is that it does not ruin everybody concerned in it, teachers and taught. Sometimes in after life, Adams debated whether in fact it had not ruined him and most of his companions, but, disappointment apart, Harvard College was probably less hurtful than any other university then in existence.” source

“The only persons who seem to have nothing to do with the education of the children are the parents.” G. K. Chesterton, What's Wrong with the World

“You can't stop a teacher when they want to do something. They just do it.” J. D. Salinger, The Catcher in the Rye 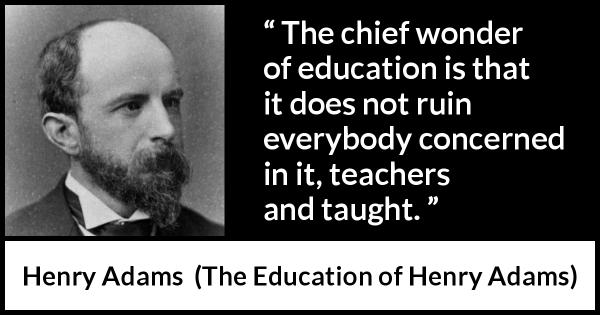 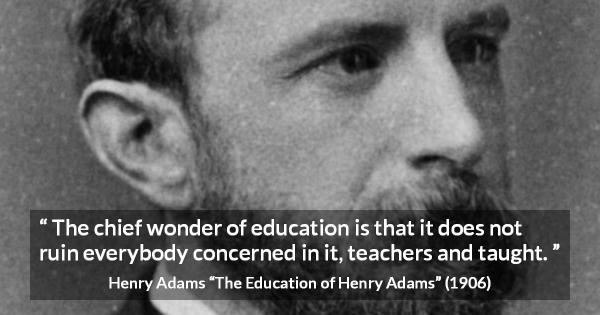 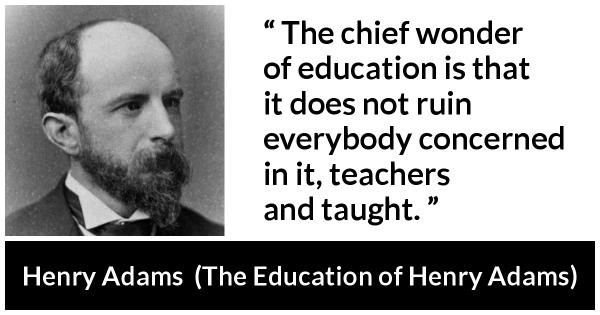 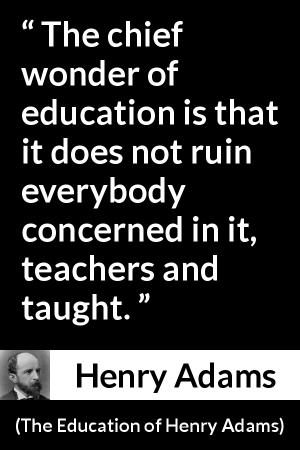 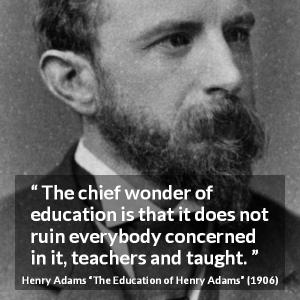 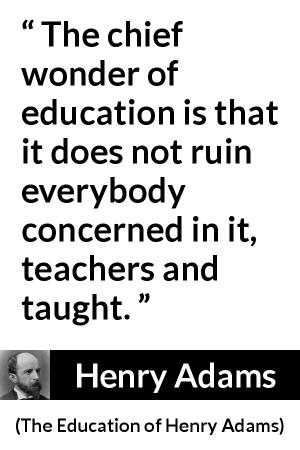