“ He distrusted her affection; and what loneliness is more lonely than distrust? ”
George Eliot, Middlemarch (1872). copy citation

“Mr. Casaubon did not question her further, but he felt sure that she had wished to know what had passed between Lydgate and himself. «She knows that I know,» said the ever-restless voice within; but that increase of tacit knowledge only thrust further off any confidence between them. He distrusted her affection; and what loneliness is more lonely than distrust?
CHAPTER XLV. It is the humor of many heads to extol the days of their forefathers, and declaim against the wickedness of times present. Which notwithstanding they cannot handsomely do, without the borrowed help and satire of times past; condemning the vices of their own times, by the expressions of vices in times which they commend, which cannot but argue the community of vice in both.” source

“Loneliness does not come from having no people about one, but from being unable to communicate the things that seem important to oneself, or from holding certain views which others find inadmissible.” Carl Jung, Memories, Dreams, Reflections

“A hunted man sometimes wearies of distrust and longs for friendship.” J. R. R. Tolkien, The Fellowship of the Ring

“Is not general incivility the very essence of love?” Jane Austen, Pride and Prejudice 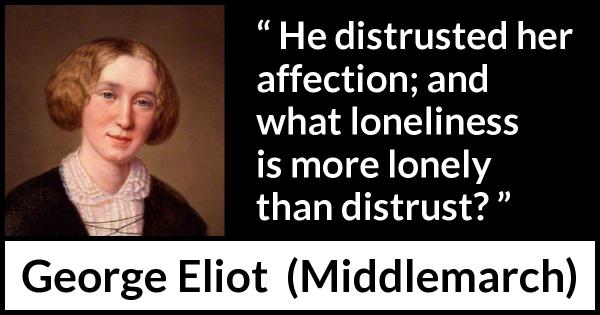 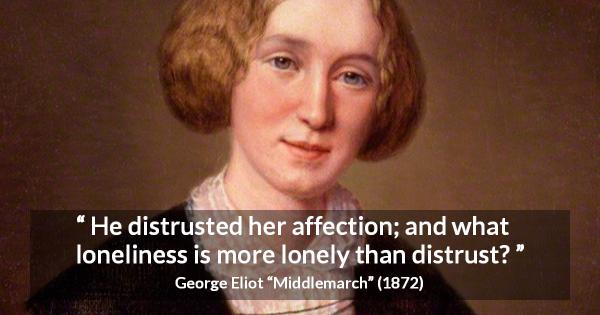 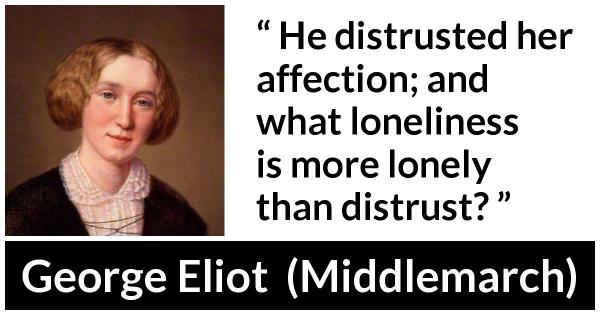 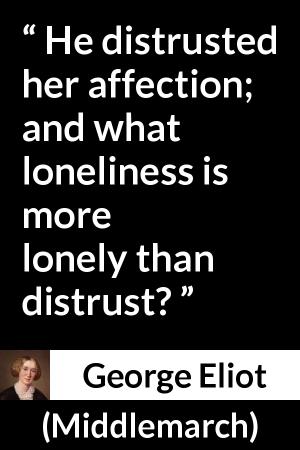 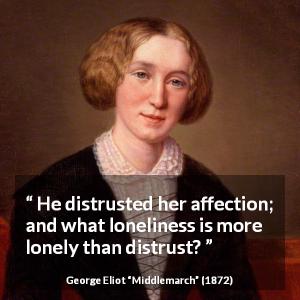 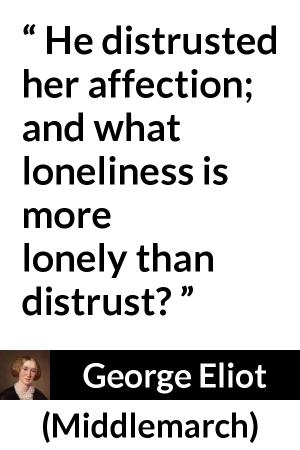