“ One must be poor to know the luxury of giving! ”
George Eliot, Middlemarch (1872). copy citation

“That basket held small savings from her more portable food, destined for the children of her poor friends among whom she trotted on fine mornings; fostering and petting all needy creatures being so spontaneous a delight to her, that she regarded it much as if it had been a pleasant vice that she was addicted to. Perhaps she was conscious of being tempted to steal from those who had much that she might give to those who had nothing, and carried in her conscience the guilt of that repressed desire. One must be poor to know the luxury of giving!
Mrs. Farebrother welcomed the guest with a lively formality and precision. She presently informed him that they were not often in want of medical aid in that house. She had brought up her children to wear flannel and not to over-eat themselves, which last habit she considered the chief reason why people needed doctors.” source

“God may grant us gifts, but the merit of being able to take and hold them must be our own. Alas for the boons that slip through unworthy hands!” Rabindranath Tagore, The Home and the World 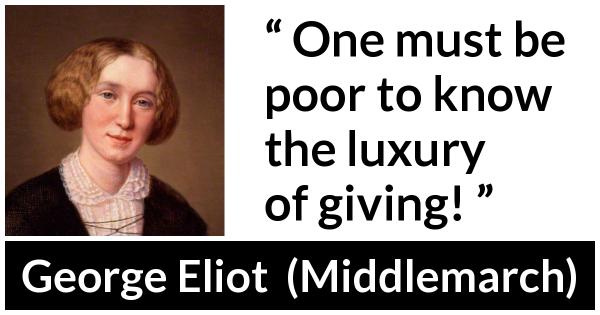 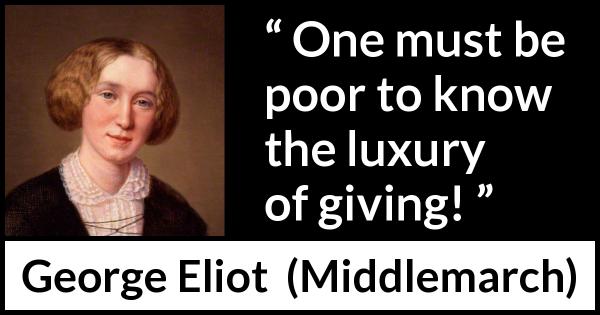 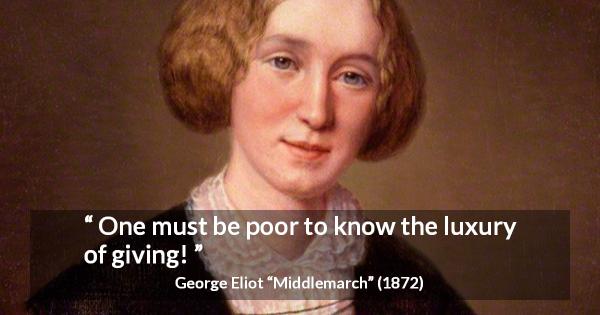 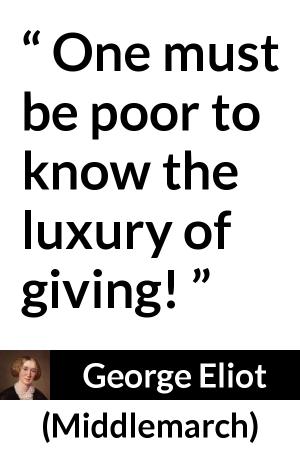 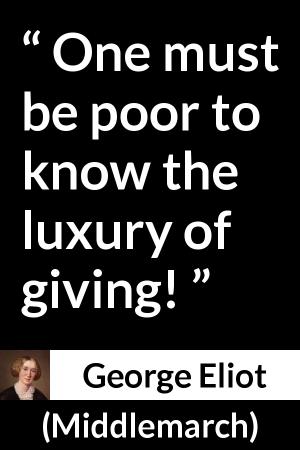 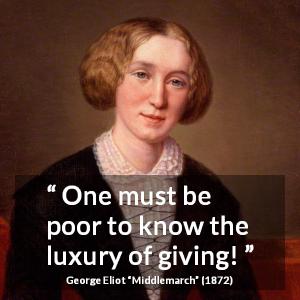