“At four the party found themselves again at the station, took their places in the train, and the whistle sounded for starting. Just at the moment, however, that the locomotive wheels began to move, cries of "Stop! stop!" were heard.
Trains, like time and tide, stop for no one. The gentleman who uttered the cries was evidently a belated Mormon. He was breathless with running. Happily for him, the station had neither gates nor barriers. He rushed along the track, jumped on the rear platform of the train, and fell, exhausted, into one of the seats.” source
Original quote
“On n'arrête pas un train en marche.” Jules Verne, Le Tour du monde en quatre-vingts jours

“there is nothing stronger than those two: patience and time, they will do it all.” Leo Tolstoy, War and Peace

“As time goes on, you'll understand. What lasts, lasts; what doesn't, doesn't. Time solves most things. And what time can't solve, you have to solve yourself.” Haruki Murakami, Dance Dance Dance

“The water you touch in a river is the last of that which has passed, and the first of that which is coming. Thus it is with time present. Life if well spent, is long.” Leonardo da Vinci, The Notebooks of Leonardo Da Vinci

“Nothing happens while you live. The scenery changes, people come in and go out, that’s all. There are no beginnings. Days are tacked on to days without rhyme or reason, an interminable, monotonous addition.” Jean-Paul Sartre, Nausea

“Before they grow so big, the baobabs start out by being little.” Antoine de Saint-Exupéry, The Little Prince 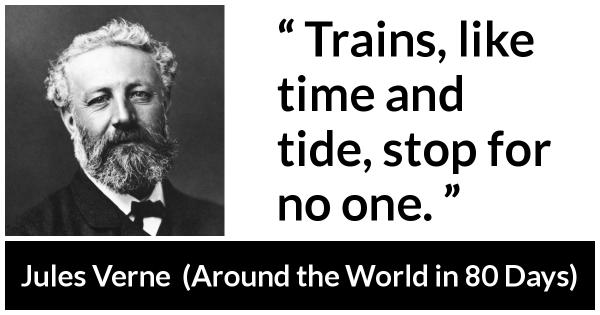 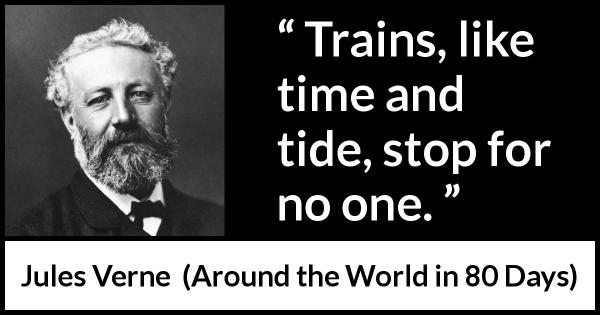 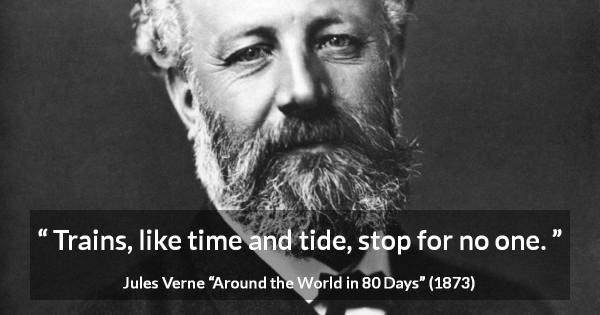 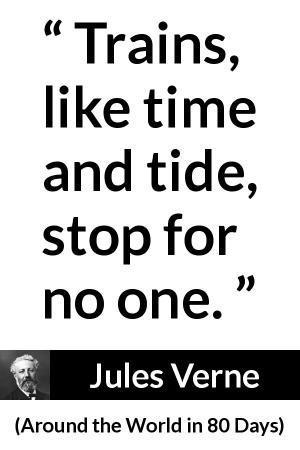 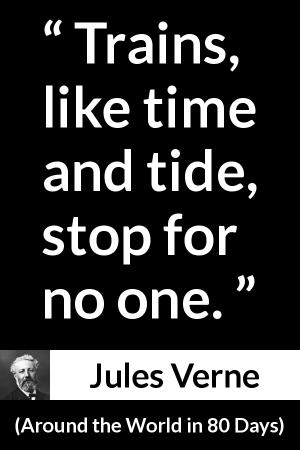 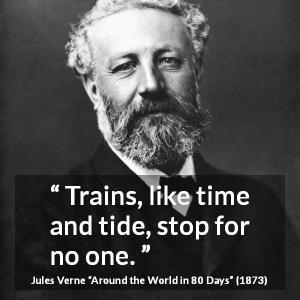