“ Science, my lad, has been built upon many errors; but they are errors which it was good to fall into, for they led to the truth. ”
Jules Verne, Journey to the Center of the Earth (1864). copy citation

“"Exactly so; and it is likely enough that if we were to reach the spot beneath the polar regions, about that seventy-first degree where Sir James Ross has discovered the magnetic pole to be situated, we should see the needle point straight up. Therefore that mysterious centre of attraction is at no great depth."
I remarked: "It is so; and here is a fact which science has scarcely suspected."
"Science, my lad, has been built upon many errors; but they are errors which it was good to fall into, for they led to the truth."
"What depth have we now reached?"
"We are thirty-five leagues below the surface."
"So," I said, examining the map, "the Highlands of Scotland are over our heads, and the Grampians are raising their rugged summits above us."” source
Original quote
“La science, mon garçon, est faite d'erreurs, mais d'erreurs qu'il est bon de commettre, car elles mènent peu à peu à la vérité.” Jules Verne, Voyage au centre de la Terre

“If you thought before that science was certain—well, that is just an error on your part.” Richard Feynman, The Character of Physical Law

“Science is properly more scrupulous than dogma. Dogma gives a charter to mistake, but the very breath of science is a contest with mistake, and must keep the conscience alive.” George Eliot, Middlemarch

“A man of genius makes no mistakes. His errors are volitional and are the portals of discovery.” James Joyce, Ulysses

“Scientific truth is beyond loyalty and disloyalty.” Isaac Asimov, Foundation 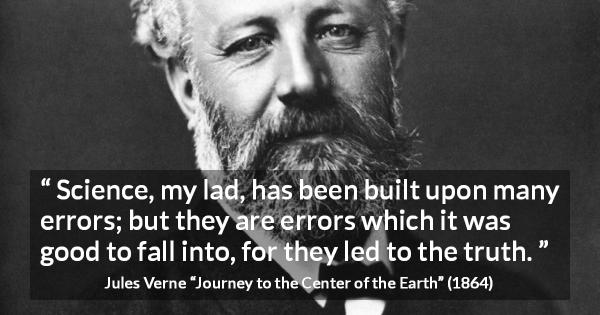 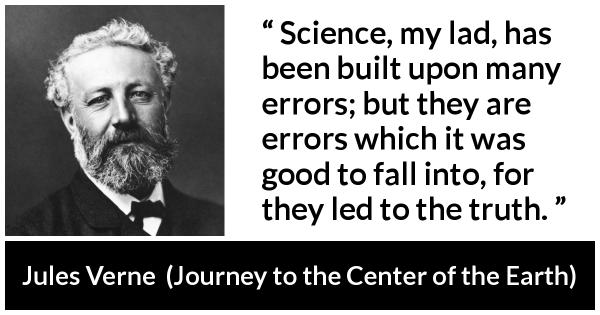 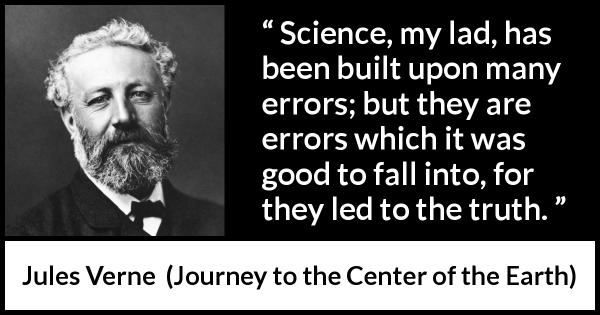 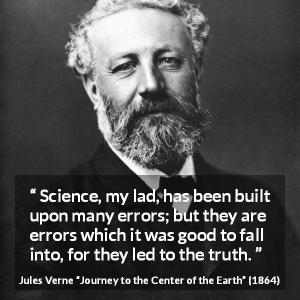 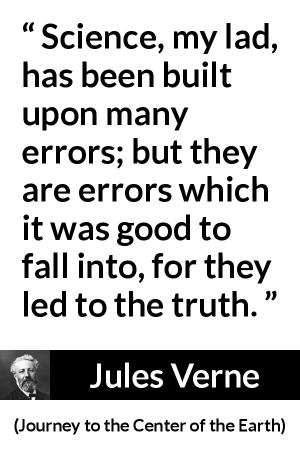 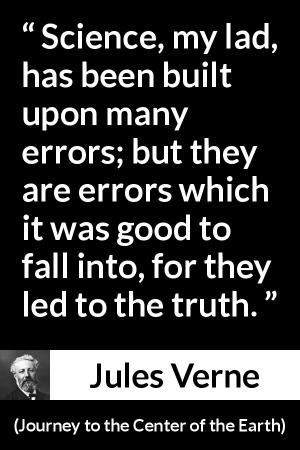