“ It is now some years since I detected how many were the false beliefs that I had from my earliest youth admitted as true, and how doubtful was everything I had since constructed on this basis ”
René Descartes, Meditations on First Philosophy (1641). copy citation

“MEDITATIONS ON THE FIRST PHILOSOPHY IN WHICH THE EXISTENCE OF GOD AND THE DISTINCTION BETWEEN MIND AND BODY ARE DEMONSTRATED.[ 8]
Meditation I. Of the things which may be brought within the sphere of the doubtful. It is now some years since I detected how many were the false beliefs that I had from my earliest youth admitted as true, and how doubtful was everything I had since constructed on this basis; and from that time I was convinced that I must once for all seriously undertake to rid myself of all the opinions which I had formerly accepted, and commence to build anew from the foundation, if I wanted to establish any firm and permanent structure in the sciences. But as this enterprise appeared to be a very great one, I waited until I had attained an age so mature that I could not hope that at any later date I should be better fitted to execute my design. This reason caused me to delay so long that I should feel that I was doing wrong were I to occupy in deliberation the time that yet remains to me for action.” source
Original quote
“Ce n'est pas d'aujourd'hui que je me suis aperçu que, dès mes premières années, j'ai reçu quantité de fausses opinions pour véritables, et que ce que j'ai depuis fondé sur des principes si mal assurés ne sauroit être que fort douteux et...”

“He's the victim of a critical age; he has ceased to believe in himself and he doesn't know what to believe in.” Henry James, The Portrait of a Lady

“All that up to the present time I have accepted as most true and certain I have learned either from the senses or through the senses; but it is sometimes proved to me that these senses are deceptive, and it is wiser not to trust entirely to...” René Descartes, Meditations on First Philosophy

“But immediately upon this I observed that, whilst I thus wished to think that all was false, it was absolutely necessary that I, who thus thought, should be somewhat;” René Descartes, Discourse on the Method

“sometimes I've believed as many as six impossible things before breakfast.” Lewis Carroll, Through the Looking-Glass

“And in myself, too, many things have perished which, I imagined, would last for ever, and new structures have arisen, giving birth to new sorrows and new joys which in those days I could not have foreseen, just as now the old are difficult of...” Marcel Proust, Swann's Way 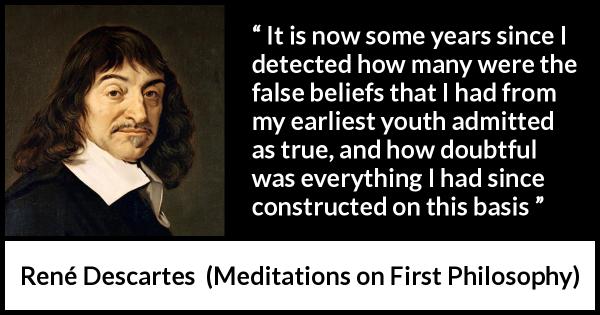 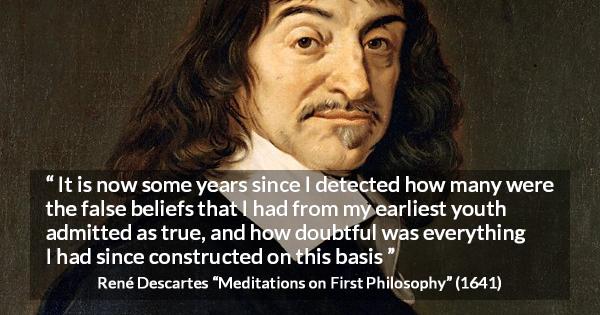 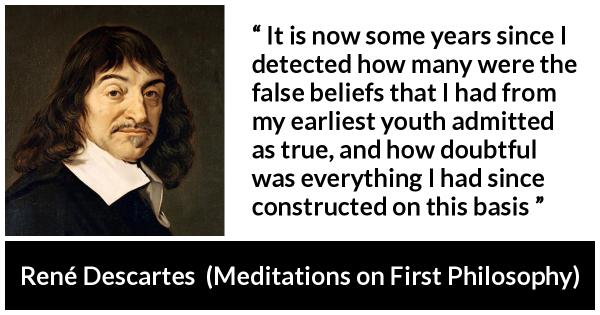 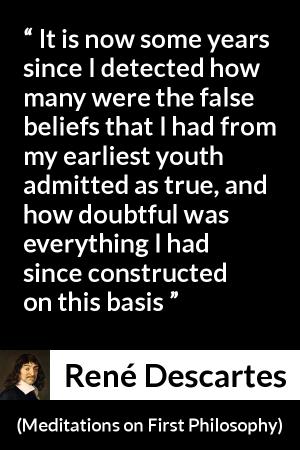 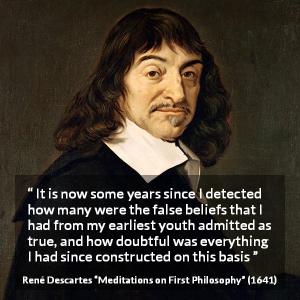 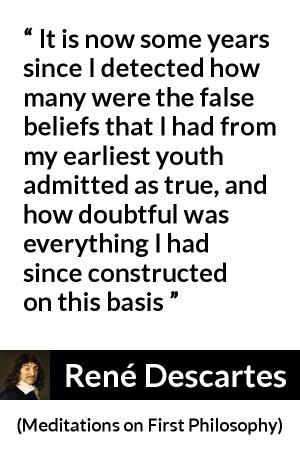