“"I am no orator, as Brutus is; But as you know me all, a plain blunt man."
It is the whole difference between the aim of the orator and the aim of any other artist, such as the poet or the sculptor. The aim of the sculptor is to convince us that he is a sculptor; the aim of the orator, is to convince us that he is not an orator. Once let Mr. Chamberlain be mistaken for a practical man, and his game is won. He has only to compose a theme on empire, and people will say that these plain men say great things on great occasions. He has only to drift in the large loose notions common to all artists of the second rank, and people will say that business men have the biggest ideals after all.” source

“He draweth out the thread of his verbosity finer than the staple of his argument.” William Shakespeare, Love's Labour's Lost 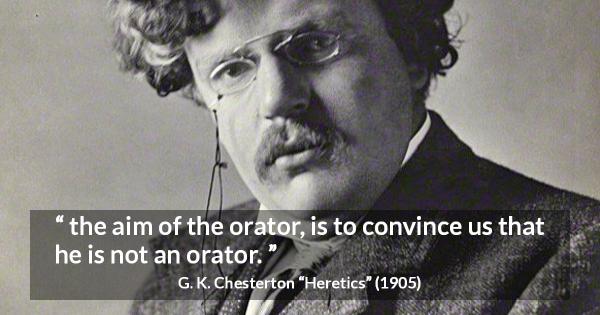 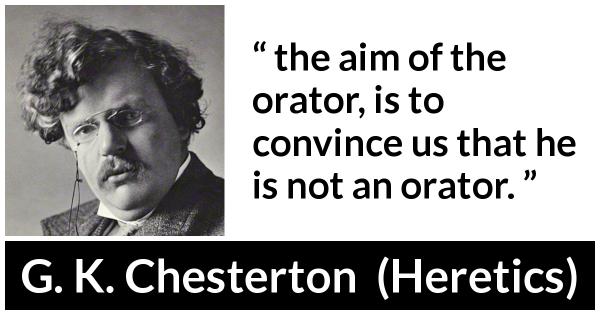 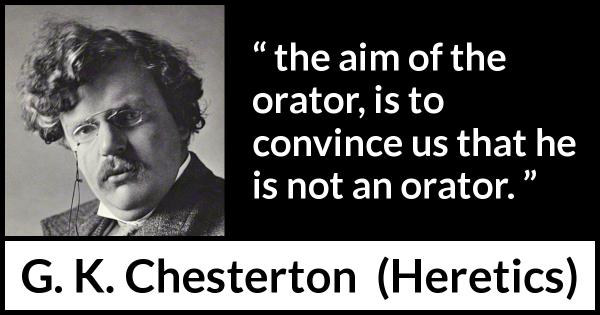 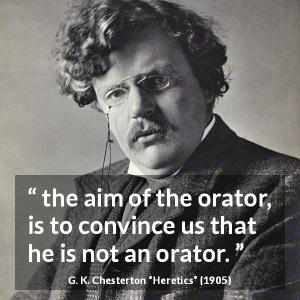 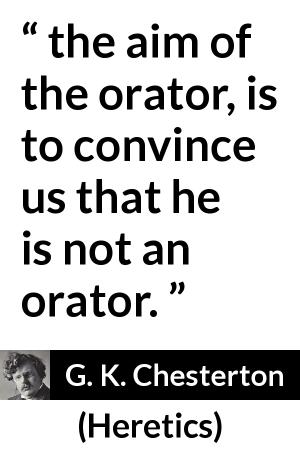 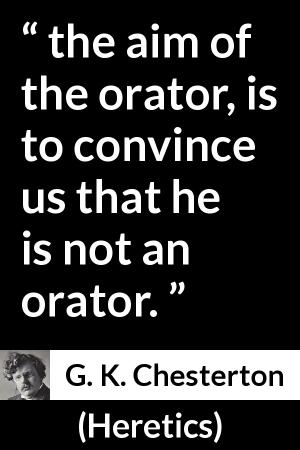