“ I pass with relief from the tossing sea of Cause and Theory to the firm ground of Result and Fact. ”
Winston Churchill, The Story of the Malakand Field Force (1898). copy citation

“Even after the fighting—when the tribesmen reeled back from the terrible army they had assailed, leaving a quarter of their number on the field—the faith of the survivors was unshaken. Only those who had doubted had perished, said the Mullah, and displayed a bruise which was, he informed them, the sole effect of a twelve-pound shrapnel shell on his sacred person.
I pass with relief from the tossing sea of Cause and Theory to the firm ground of Result and Fact. The rumours and reports which reached the Malakand of the agitation in Upper Swat and among the surrounding tribes were fully appreciated by the Pathan Sepoys of the garrison. As July advanced, several commanding officers were warned by their men, that great events were impending.” source

“Very simple was my explanation, and plausible enough—as most wrong theories are!” H. G. Wells, The Time Machine

“I am happy to report that in the war between reality and romance, reality is not the stronger.” John Steinbeck, Travels with Charley

“I feel within me a peace above all earthly dignities, a still and quiet conscience.” William Shakespeare, Henry VIII 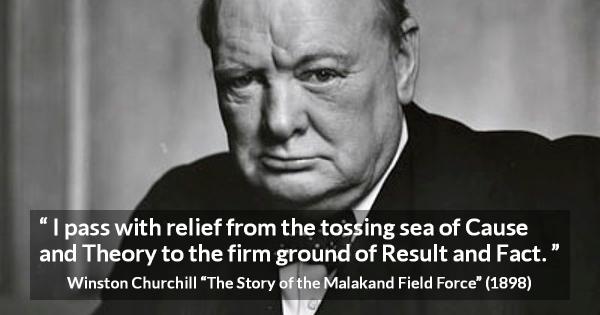 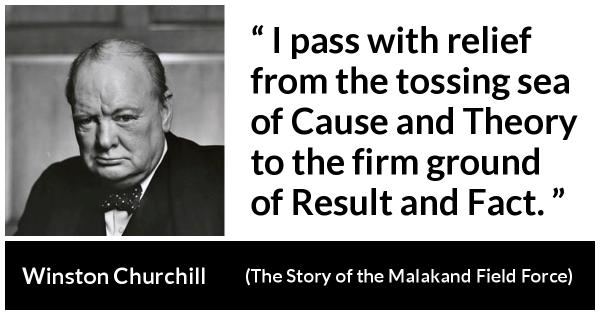 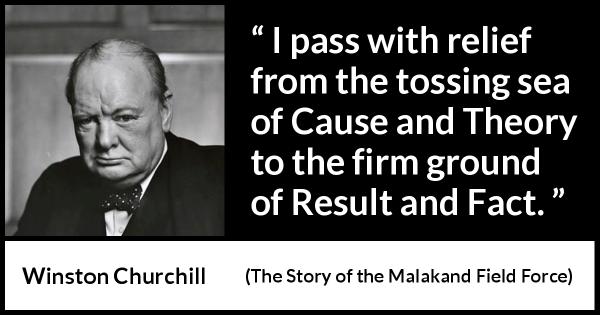 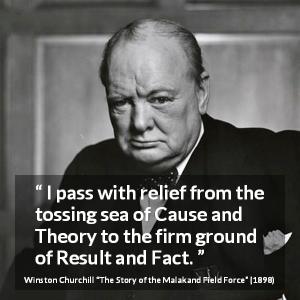 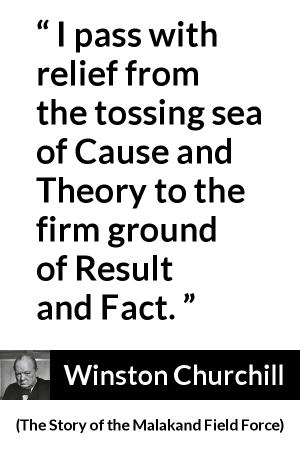 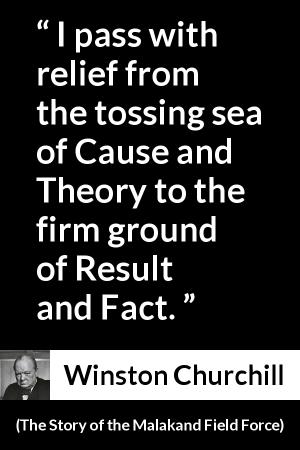