“Thus the customary amount of labor would still have to be performed—the freed people would surely not do more than their old proportion of it, and very probably for a time would do less, leaving an increased part to white laborers, bringing their labor into greater demand, and consequently enhancing the wages of it. With deportation, even to a limited extent, enhanced wages to white labor is mathematically certain. Labor is like any other commodity in the market—increase the demand for it and you increase the price of it. Reduce the supply of black labor by colonizing the black laborer out of the country, and by precisely so much you increase the demand for and wages of white labor.
But it is dreaded that the freed people will swarm forth and cover the whole land. Are they not already in the land? Will liberation make them any more numerous? Equally distributed among the whites of the whole country, and there would be but one colored to seven whites.” source

“Labor is prior to and independent of capital. Capital is only the fruit of labor, and could never have existed if labor had not first existed. Labor is the superior of capital, and deserves much the higher consideration.” Abraham Lincoln, State of the Union Address

“Slavery, as we shall afterwards show, dishonors labor; it introduces idleness into society, and with idleness, ignorance and pride, luxury and distress. It enervates the powers of the mind, and benumbs the activity of man.” Alexis de Tocqueville, Democracy in America

“A decrease in the world supply of wheat has resulted in a very large increase in the price of that commodity. The position of all agricultural products indicates a better balanced supply, but we can not yet conclude that agriculture is recovered...” Calvin Coolidge, State of the Union Address

“Unlimited exploitation of cheap labour-power is the sole foundation of their power to compete.” Karl Marx, Das Kapital

“Capital is dead labour, that, vampire-like, only lives by sucking living labour, and lives the more, the more labour it sucks.” Karl Marx, Das Kapital

“I am now sending back to Belle Plain all my wagons for a fresh supply of provisions and ammunition, and purpose to fight it out on this line if it takes all summer.” Ulysses S. Grant, Personal Memoirs of Ulysses S. Grant 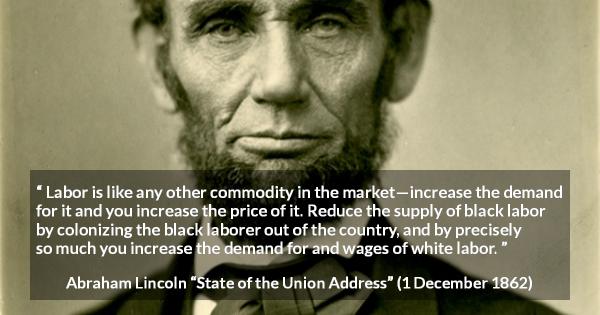 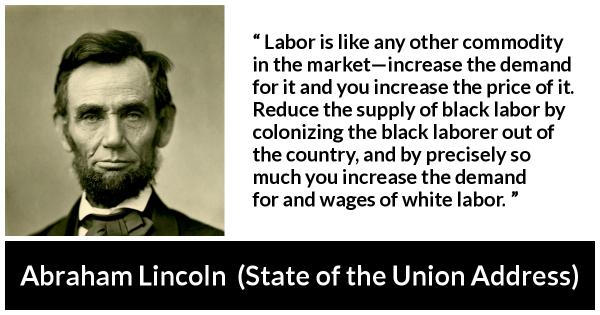 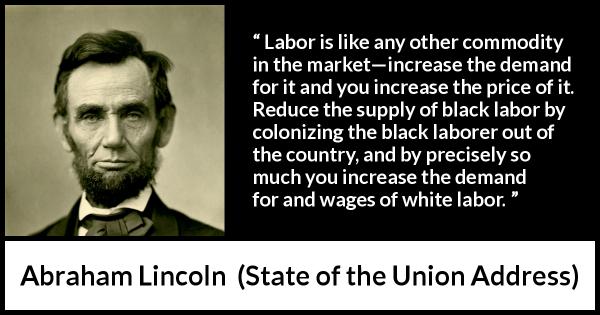 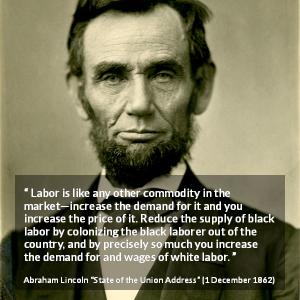 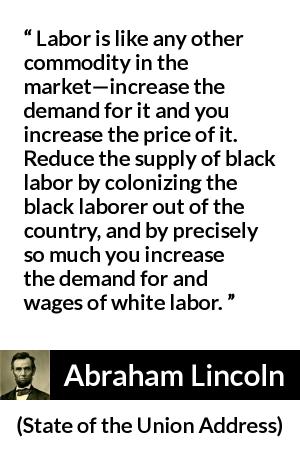 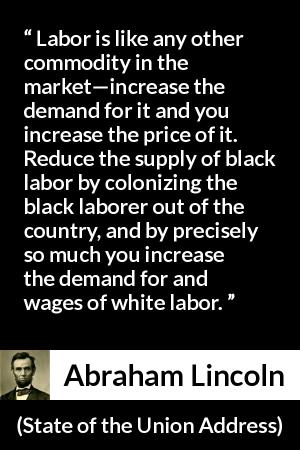