“ There is always an inertia to be overcome in striking out a new line of conduct—not more in ourselves, it seems, than in circumscribing events, which appear as if leagued together to allow no novelties in the way of amelioration. ”
Thomas Hardy, Far from the Madding Crowd (1874). copy citation

“This done he ascended the stairs, and throwing himself down upon the bed dressed as he was, he waited miserably for the morning.
Fate had dealt grimly with him through the last four-and-twenty hours. His day had been spent in a way which varied very materially from his intentions regarding it. There is always an inertia to be overcome in striking out a new line of conduct—not more in ourselves, it seems, than in circumscribing events, which appear as if leagued together to allow no novelties in the way of amelioration.
Twenty pounds having been secured from Bathsheba, he had managed to add to the sum every farthing he could muster on his own account, which had been seven pounds ten. With this money, twenty-seven pounds ten in all, he had hastily driven from the gate that morning to keep his appointment with Fanny Robin.” source

“Sometimes you make up your mind about something without knowing why, and your decision persists by the power of inertia. Every year it gets harder to change.” Milan Kundera, The Unbearable Lightness of Being

“We don't want to change. Every change is a menace to stability. That's another reason why we're so chary of applying new inventions.” Aldous Huxley, Brave New World

“Perhaps the immobility of the things that surround us is forced upon them by our conviction that they are themselves, and not anything else, and by the immobility of our conceptions of them.” Marcel Proust, Swann's Way

“You may not control all the events that happen to you, but you can decide not to be reduced by them. Try to be a rainbow in someone's cloud. DO NOT COMPLAIN. Make every effort to change things you do not like. If you cannot make a change, change...” Maya Angelou, Letter to My Daughter

“Nations thus tempted to interfere are not always able to resist the counsels of seeming expediency and ungenerous ambition, although measures adopted under such influences seldom fail to be unfortunate and injurious to those adopting them.” Abraham Lincoln, State of the Union Address 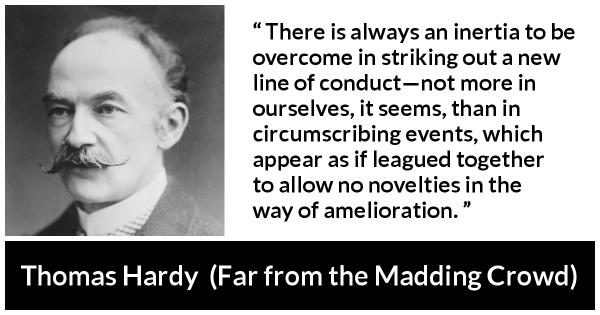 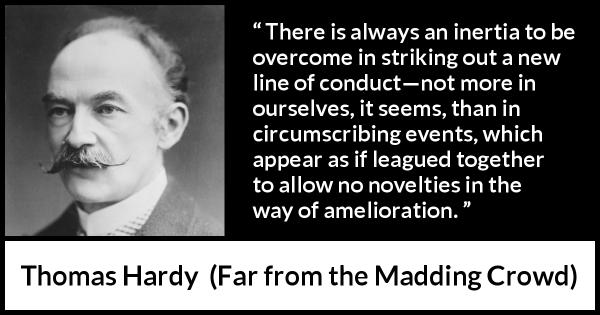 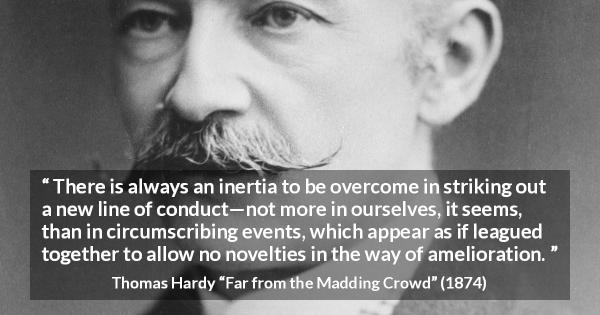 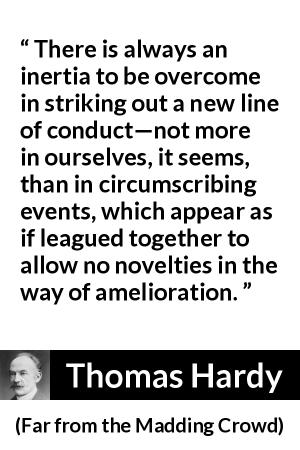 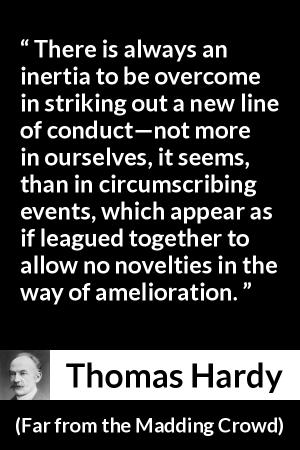 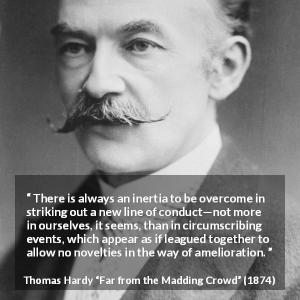