“Once some women, venturing nearer than usual to the plantation, saw her washing clothes in the brook, and they threw stones at her. After that the trader was told to give her the message that if she used the brook again men would come and burn down her house."
"Brutes," I said. "Mais non, mon cher monsieur, men are always the same. Fear makes them cruel…. I decided to see Strickland, and when I had finished with the chiefess asked for a boy to show me the way. But none would accompany me, and I was forced to find it alone."
When Dr. Coutras arrived at the plantation he was seized with a feeling of uneasiness.” source

“Men fear death, as children fear to go in the dark; and as that natural fear in children, is increased with tales, so is the other.” Francis Bacon, The Essays of Francis Bacon

“Death is a fearful thing.” William Shakespeare, Measure for Measure 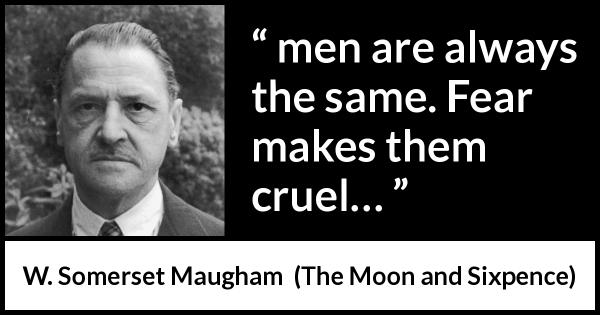 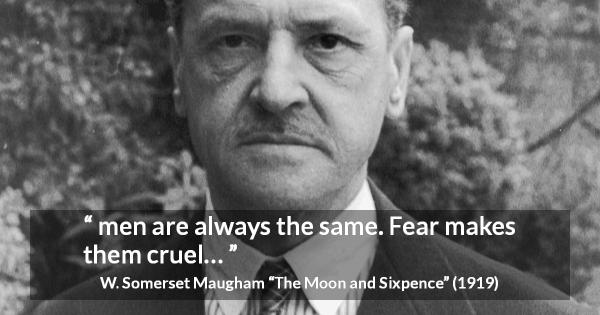 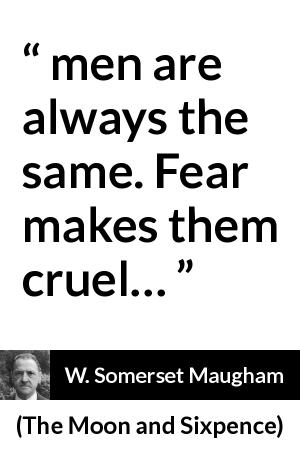 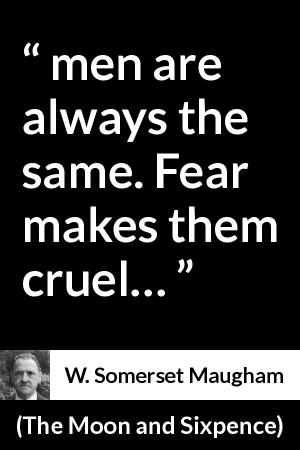 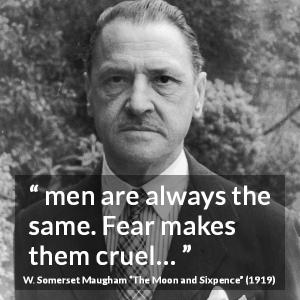