“ Great is the power of steady misrepresentation; but the history of science shows that fortunately this power does not long endure. ”
Charles Darwin, On The Origin of Species (1859). copy citation

“But as my conclusions have lately been much misrepresented, and it has been stated that I attribute the modification of species exclusively to natural selection, I may be permitted to remark that in the first edition of this work, and subsequently, I placed in a most conspicuous position—namely, at the close of the Introduction—the following words: "I am convinced that natural selection has been the main but not the exclusive means of modification." This has been of no avail. Great is the power of steady misrepresentation; but the history of science shows that fortunately this power does not long endure.
It can hardly be supposed that a false theory would explain, in so satisfactory a manner as does the theory of natural selection, the several large classes of facts above specified. It has recently been objected that this is an unsafe method of arguing; but it is a method used in judging of the common events of life, and has often been used by the greatest natural philosophers.” source

“See now the power of truth; the same experiment which at first glance seemed to show one thing, when more carefully examined, assures us of the contrary.” Galileo Galilei, Dialogue Concerning the Two Chief World Systems

“There are forces . . . infinitely more powerful than reason and science . . . Ignorance and folly” Anatole France, Thaïs

“It cannot be maintained that empirical science provides a complete explanation of life, the interplay of all creatures and the whole of reality.” Pope Francis, Laudato si' 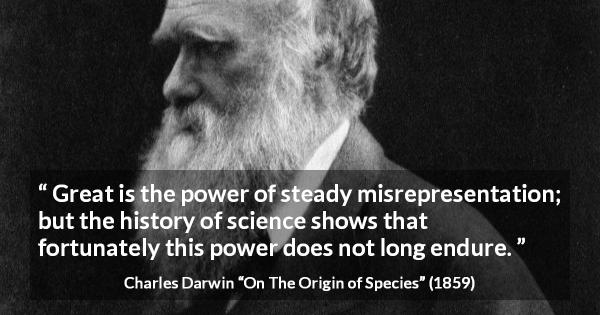 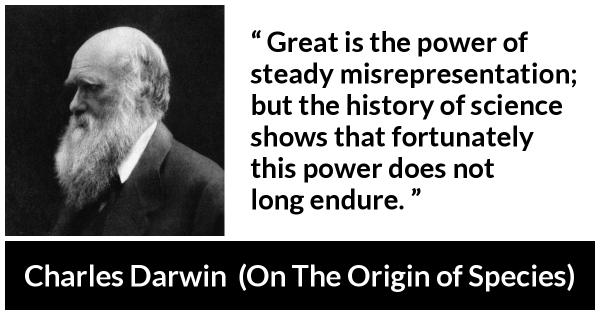 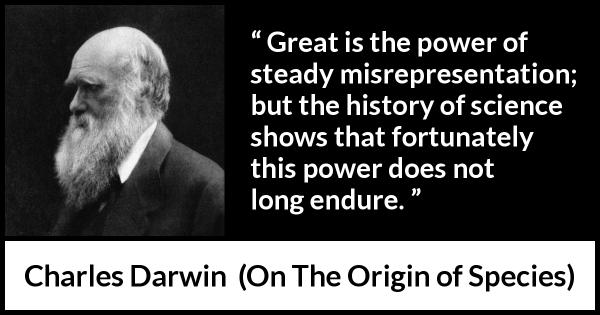 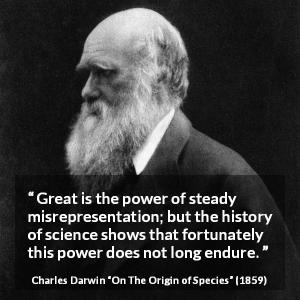 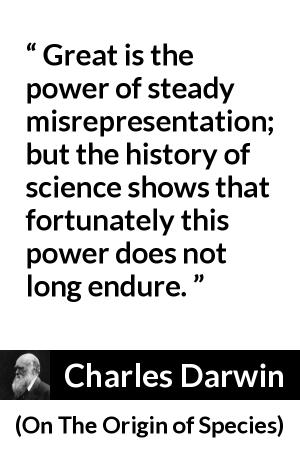 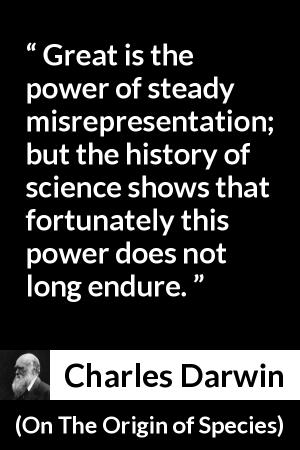