“ And thus, the forms of life throughout the universe become divided into groups subordinate to groups. ”
Charles Darwin, On The Origin of Species (1859). copy citation

“Thus the larger genera tend to become larger; and throughout nature the forms of life which are now dominant tend to become still more dominant by leaving many modified and dominant descendants. But, by steps hereafter to be explained, the larger genera also tend to break up into smaller genera. And thus, the forms of life throughout the universe become divided into groups subordinate to groups.
CHAPTER III. STRUGGLE FOR EXISTENCE.
Its bearing on natural selection—The term used in a wide sense—Geometrical ratio of increase—Rapid increase of naturalised animals and plants—Nature of the checks to increase—Competition universal—Effects of climate—Protection from the number of individuals—Complex relations of all animals and plants throughout nature—Struggle for life most severe between individuals and varieties of the same species: often severe between species of the same genus—The relation of organism to organism the most important of all relations.” source

“The universe is transformation: life is opinion.” Marcus Aurelius, Meditations

“The world and life are one.” Ludwig Wittgenstein, Tractatus Logico-Philosophicus

“The whole world is now for me divided into two halves: one half is she, and there all is joy, hope, light: the other half is everything where she is not, and there is all gloom and darkness...” Leo Tolstoy, War and Peace 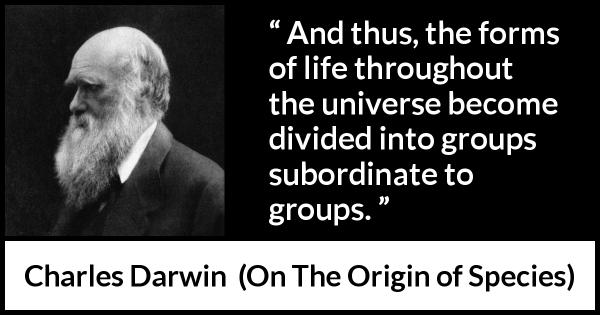 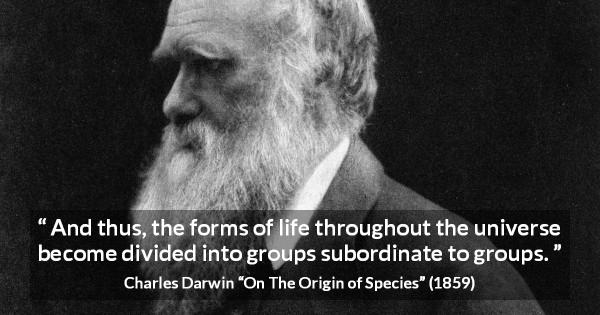 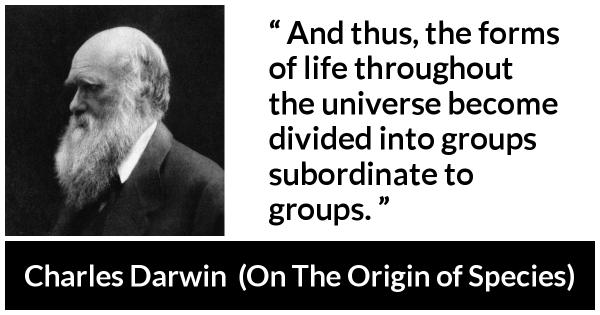 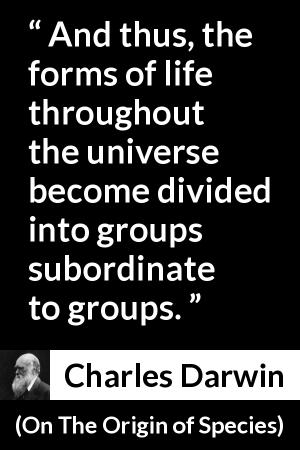 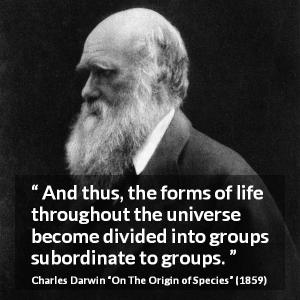 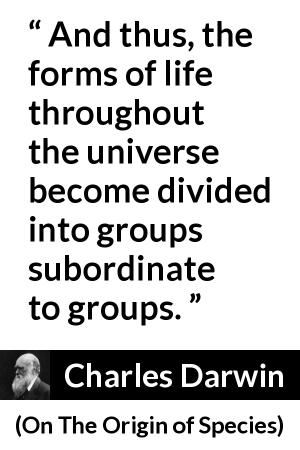