“ If we admit that human life can be ruled by reason, the possibility of life is destroyed. ”
Leo Tolstoy, War and Peace (1869). copy citation

“What would then have become of the activity of all those who opposed the tendency that then prevailed in the government—an activity that in the opinion of the historians was good and beneficent? Their activity would not have existed: there would have been no life, there would have been nothing.
If we admit that human life can be ruled by reason, the possibility of life is destroyed.
CHAPTER II If we assume as the historians do that great men lead humanity to the attainment of certain ends—the greatness of Russia or of France, the balance of power in Europe, the diffusion of the ideas of the Revolution, general progress, or anything else—then it is impossible to explain the facts of history without introducing the conceptions of chance and genius.” source

“Our life is made by the death of others.” Leonardo da Vinci, The Notebooks of Leonardo Da Vinci

“If all our happiness is bound up entirely in our personal circumstances it is difficult not to demand of life more than it has to give.” Bertrand Russell, The Conquest of Happiness

“If we have only one life to live, we might as well not have lived at all.” Milan Kundera, The Unbearable Lightness of Being

“It's utterly impossible for me to build my life on a foundation of chaos, suffering and death.” Anne Frank, The Diary of a Young Girl

“If my life is going to mean anything, I have to live it myself.” Rick Riordan, The Lightning Thief

“If everything in the universe were sensible, nothing would happen.” Fyodor Dostoyevsky, The Brothers Karamazov 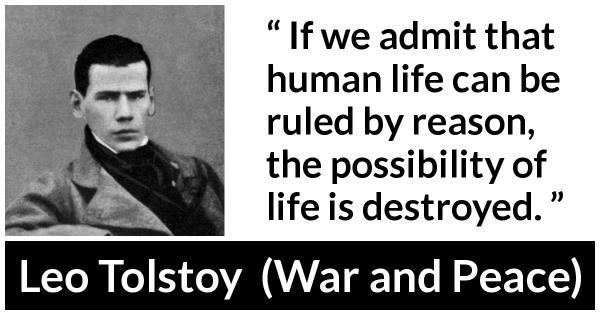 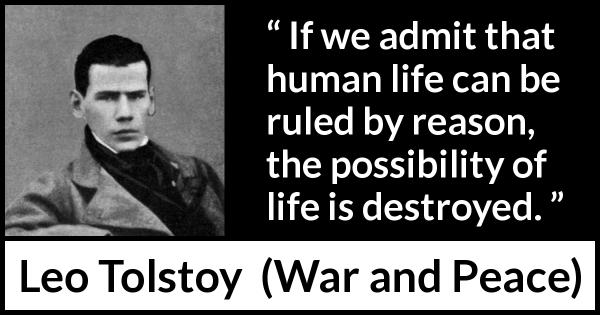 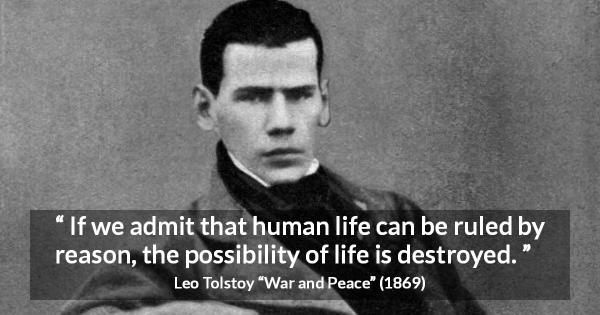 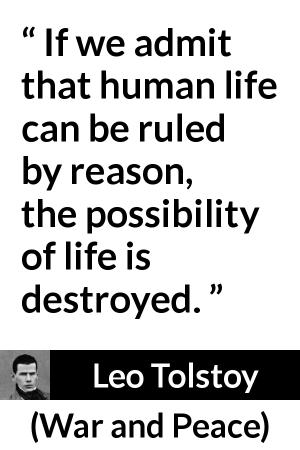 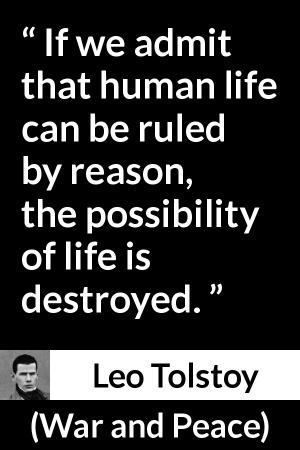 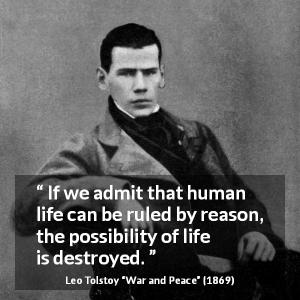