“On the other hand, if the law can be considered a priori as the determining principle of the action, and the latter therefore as determined by pure practical reason, the judgement whether a thing is an object of pure practical reason or not does not depend at all on the comparison with our physical power; and the question is only whether we should will an action that is directed to the existence of an object, if the object were in our power; hence the previous question is only as the moral possibility of the action, for in this case it is not the object, but the law of the will, that is the determining principle of the action. The only objects of practical reason are therefore those of good and evil. For by the former is meant an object necessarily desired according to a principle of reason; by the latter one necessarily shunned, also according to a principle of reason.
If the notion of good is not to be derived from an antecedent practical law, but, on the contrary, is to serve as its foundation, it can only be the notion of something whose existence promises pleasure, and thus determines the causality of the subject to produce it, that is to say, determines the faculty of desire.” source

“Under the guidance of reason we should pursue the greater of two goods and the lesser of two evils.” Baruch Spinoza, Ethics

“But when erring reason proposes something as being commanded by God, then to scorn the dictate of reason is to scorn the commandment of God.” Thomas Aquinas, Summa Theologica

“Reason is, and ought only to be the slave of the passions, and can never pretend to any other office than to serve and obey them.” David Hume, A Treatise of Human Nature 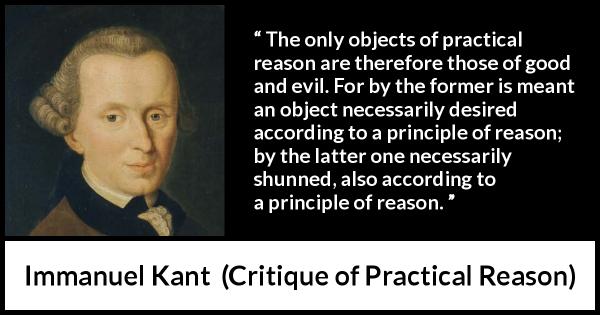 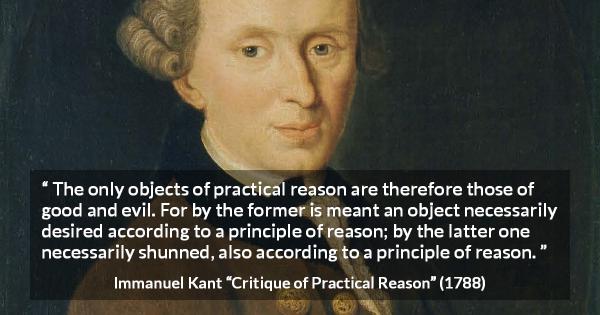 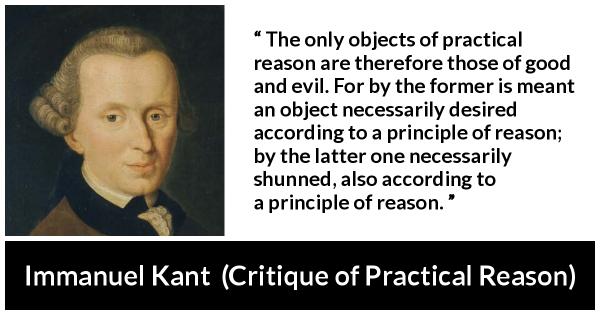 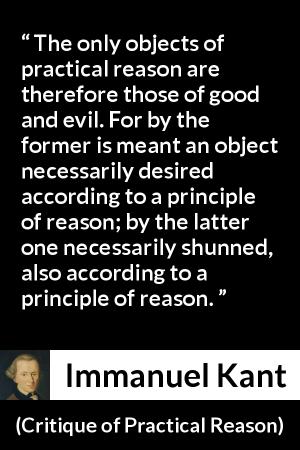 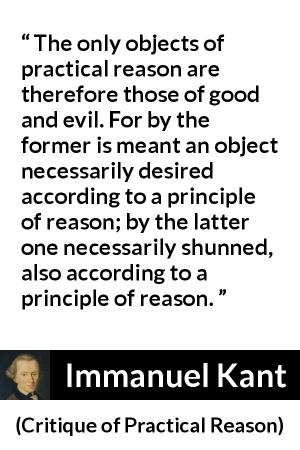